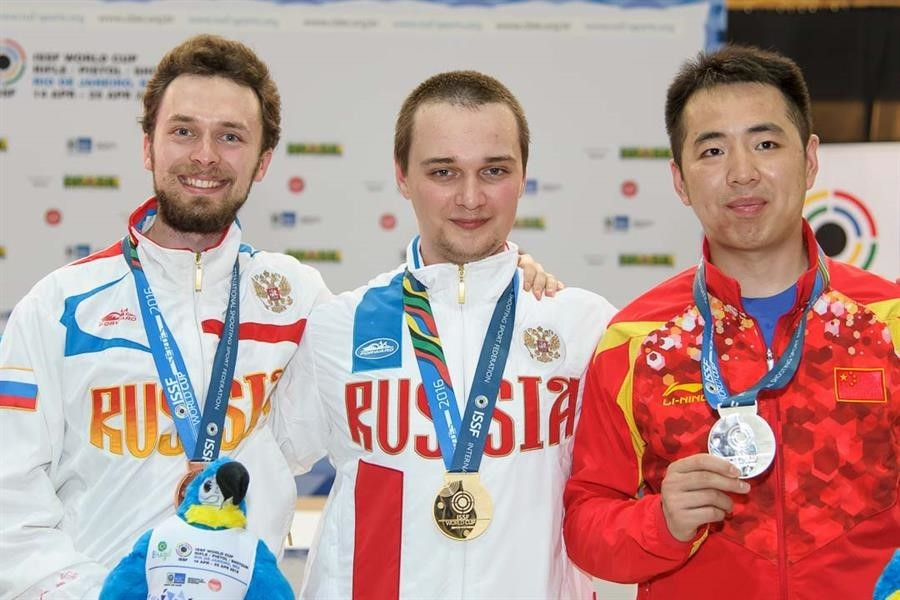 The 2014 junior world champion began the final with a poor opening series, which saw him lying in seventh position with a score of 30.7 points in the competition in the Deodoro Olympic Park and which doubled as the Rio 2016 test event.

heT Russian rapidly improved throughout the remainder of the competition, though, at one stage scoring in the 10-ring 14 consecutive times to further his chances of the overall victory.

With three rounds of competition to go, Maslennikov moved into first place ahead of China’s Cao Yifei, who had led from the start of the competition.

Maslennikov held off his rival in the final shots of the competition and sealed the triumph with a perfect score of 10.9 points with his last attempt.

He finished with a final tally of 207 to improve, improving silver medal from last year’s World Cup in Munich, with Cao forced to settle for second on 206.

The bronze medal was claimed by Maslennikov’s fellow Russian Sergey Kamenskiy, who finished with a tally of 184.5 points.

“That 10.9 shot was crucial,” said Maslennikov.

“If I hadn’t matched my rival’s great shot I would be in trouble.

“I’m glad for me and for Sergey, he’s not only my team-mate, he’s also my friend, and we’ll go to the Olympics together.”

The World Cup will is due to continue  tomorrow with the men’s 50m pistol final.

The men’s double trap is then scheduled to follow later in the day.