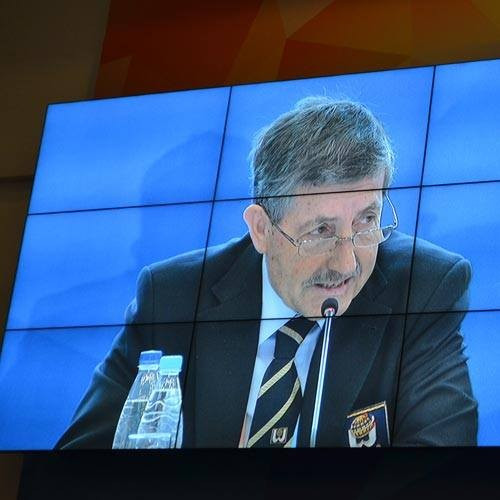 New sports seeking to become members of the International World Games Association (IWGA) have been told they must wait at least a year before their applications are considered.

José Perurena, President of the IWGA, revealed today that they will not consider admitting any new International Federations at its Annual Meeting here tomorrow.

It is partly because the IWGA hope to work more closely with the International Olympic Committee (IOC) in a move that could help sports who are already members move closer to their ambitions of being admitted to the Olympic Games.

Since the World Games was launched in 1981, the event has become a launchpad for several sports to use it as a showcase for inclusion on the programme of the Olympics.

"A number of Federations have applied to become IWGA members," said Perurena.

"But we have postponed decisions about these until our next AGM in 2017.

"We did this because we wanted first to conclude the work on our constitution.

"And there is another reason: our cooperation with the IOC is becoming ever closer.

"We need to evaluate what this kind of closer cooperation means for our Member Federations.

"You see, we already have 37 members.

"But there is only room for around 30 sports on the programme of each World Games.

"So we have to think very carefully about whether we can expand without promising too much."

The IWGA is due to sign a new Memorandum of Understanding with the IOC here on Tuesday (April 19).

"The new Memorandum of Understanding will be much more specific than the one that was signed in 2000," Perurena, who is also President of the International Canoe Federation and an IOC member, said.

"Recommendation 6 of the Olympic Agenda 2020 called for 'closer cooperation regarding the sport programme composition and their respective evaluations'.

"The MoU describes how the two organizations can work together as a team on communication, promotion and programmes.

"We will have to become even more professional and structure our work for more success in the future.

"I’m convinced that this relationship will be for our mutual benefit."

The next edition of the World Games is due to take place next year in Wroclaw in Poland and will be followed in 2021 by Birmingham in Alabama in the United States.

Both are due to give presentations here tomorrow in a meeting timed to coincide with the start of the annual SportAccord Convention, which is scheduled to open on Tuesday.

Wroclaw 2017 could be an opportunity for sports hoping to bid for a place in the 2024 Olympics to impress the IOC.

Sports due to be held there which could bid for the 2024 Olympics include bowling, sports acrobatics and squash.

"The IOC will send a much bigger delegation to the World Games 2017 than we saw in the past," said Perurena.

"Experts from the IOC sports department will support us with their observations when it comes to evaluation of how individual sports performed, and of the Games as a whole.

"This means that we have to deliver an outstanding event.

"We want to prove that our sports are on the same level as those on the Olympic programme."