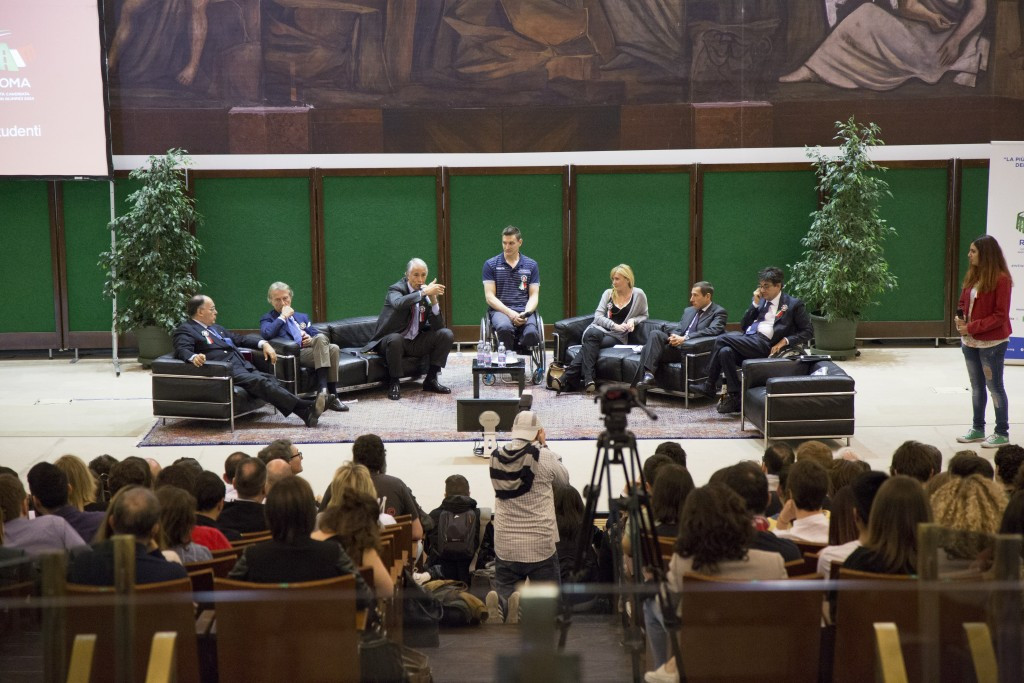 Rome 2024 have signed an agreement with La Sapienza University, which will see the institution in the Italian capital take part in the project #labRoma2024.

The initiative is designed to enhance young talent and also aims to boost start-up businesses and new technology in the city.

Last month Rome 2024 held a meeting with local companies to discover technological ideas which would be useful to their bid to stage the Olympic and Paralympic Games.

A total of 19 project proposals were also submitted by researchers, with products and processes which will work well within the themes of the Rome bid sought.

La Sapienza University, which has more than 110,000 enrolled students, have now backed the project to provide opportunities to its students and faculties, with a focus on research and innovation.

“If we want to plan the future of a modern, sustainable and citizen-centered Rome, we can only engage with the university that has the right keys to provide us with the necessary tools,” said Luca di Montezemolo, Rome 2024 President.

“We firmly believe in an Olympic Games [which is] not an end itself, but ensures important benefits to the city, that will help improve the quality of life of its citizens.

“To do this we must plan today what we want for the future, and we are asking for the contribution of the best forces of the city."

Montezemolo and Eugenio Gaudio, Chancellor of La Sapienza, signed the agreement prior to Rome 2024 presenting their Games project to students in the Italian capital.

They were joined by Matteo Cavagnini, the national team captain of Italy’s wheelchair basketball squads at the London 2012 and Athens 2004 Paralympics.

“The Olympics in Rome could offer a better future to our children, it is a difficult challenge that we can only win if we stand together,” said Gaudio.

“We are into the game and we are moving in all directions, particularly attentive to all social and environmental issues.

“We are working on the territory, we started by those who live in the city, the municipalities, the districts, the schools, and universities.

“We want to win and ensure Rome’s improvement and we can only do this with your world at our side, the world that involves the new generations, your ideas, your projects and your talents are the positive energy that fosters our Olympic dream."

Rome is competing with Budapest, Los Angeles and Paris for the right to host the Olympic and Paralympic Games in 2024.

The International Olympic Committee is due to elect a host at its Session in Peru's capital Lima next year.