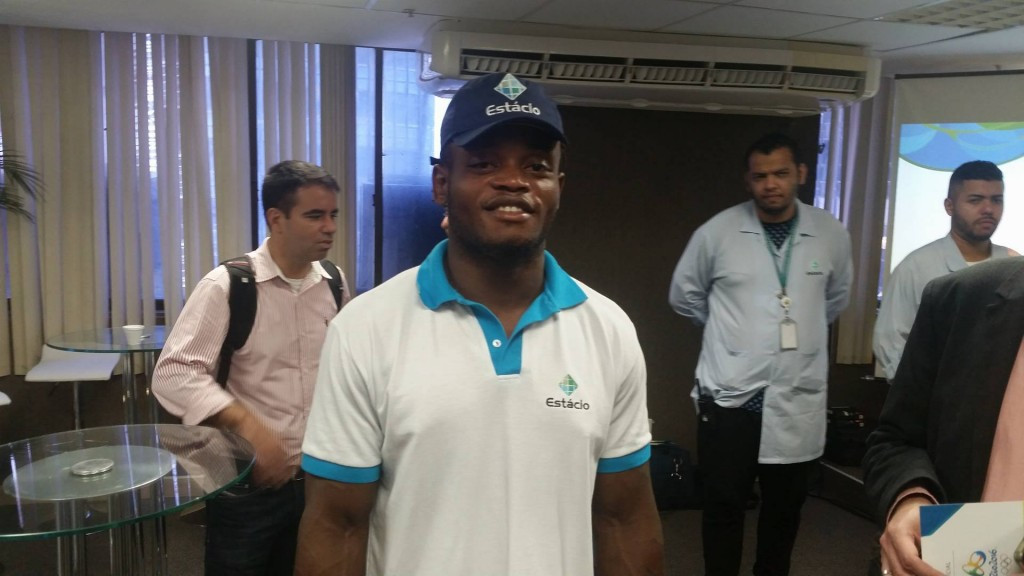 Misenga, who is now being sponsored by the Universidade Estácio de Sá, is one of just two Rio-based refugees hoping to compete at the Olympics along with fellow Congolese-born judoka Yolande Mabika.

The pair first travelled here three years ago as part of the team from war-torn Democratic Republic of Congo competing at the 2013 World Championships at the Ginásio do Maracanãzinho.

Misenga, now 23 and originally from Bukavu in the east of the country, had been split from his family aged 10 during the final stages of a deadly five-year long Civil War in which five million people were left dead and millions more made homeless.

His mother had been murdered four years before that and he has had no contact with other family members since.

As well as their problems back home, the duo also claim to have been abused while on the national team by coaches who failed to feed them and locked them in their rooms when they performed poorly.

Misenga, a bronze medal winner at the under-20 African Judo Championship in 2010, did compete at the World Championships, losing his opening under 90 kilograms division bout to Kazakhstan 2010 Asian Games silver medallist Islam Bozbayev.

But he then left the team and stayed on the street, despite only speaking French, for a week before being picked up by Catholic refugees charity, Caritas.

He was then moved into a Favela community, learning Portugease and eventually taking up judo again after being put into contact with Brazil's Athens 2004 Olympic bronze medal winning judoka, Flávio Canto.

Misenga now trains three times a week at the Instituto Reação in Jacarepaguá with members of the Brazilian team.

He has also married a Brazilian and has a son, Elias, now aged 13 months.

But, because he has no Brazilian nationality, he would have had no chance of competing at the Olympics before the refugees team was set up by IOC President Thomas Bach last month.

The group, officially called Team Refugee Olympic Athletes, will march behind the Olympic Flag second to last before host nation Brazil at the Rio 2016 Opening Ceremony on August 5.

It was confirmed by the IOC following their Executive Board meeting in Lausanne last month.

It is thought between five and 10 athletes will ultimately be chosen, with confirmation to be made at the next EB meeting in June.

Both Misenga and Mabika, a 28-year-old under 70kg fighter, signed a letter of intent vowing to compete at the Brazilian Olympic Committee headquarters last month.

"I have had contact with the IOC and am confident I will be there," he told insidethegames here today at a Ceremony opening the Universidade Estácio de Sá volunteers training programme.

"My dream is to win a medal and I think, all going well, I can do that."

Refugee participants will reside in the Athletes' Village and receive privileges also enjoyed by all other teams, including having a Chef de Mission and their own uniform.

Iranian-born Belgium taekwondo player Raheleh Asemani is one refugee athlete who has already qualified for Rio 2016.