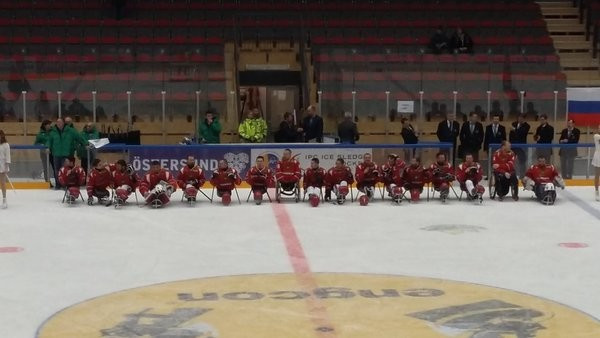 Russia wrapped up the International Paralympic Committee (IPC) Ice Sledge Hockey European Championships title in style as they thrashed Norway 9-0 in the final game of the tournament at the Östersund Arena.

The Russians, Paralympic silver medallists at Sochi 2014, were virtually assured of finishing top of the pile as only a heavy defeat would have seen them miss out on the overall crown.

Defending champions Italy clinched the silver medal as they powered to a convincing 4-1 success against hosts Sweden.

The Norwegians held on to bronze medal position, despite being on the end of a crushing loss,

The Czech Republic edged Germany 2-1 in a low-scoring affair in the other match to take place on the final day.

Russia came into their last encounter with Norway full of confidence having maintained a 100 per cent record throughout the competition and went ahead thanks to Ilia Volkov.

Konstantin Shikov then doubled their advantage before quick-fire strikes from Vasilii Varlakov and Maksim Kurzminykh effectively killed the game off as a contest.

Alexey Amosov found the net either side of a Nikolai Terentev goal to move Russia 7-0 in front.

Vadim Selyukin and Andrey Sokolov both scored late on to complete the rout as their side comfortably sealed the IPC Sledge Hockey European Championships gold medal.

The Italians still harboured slim hopes of retaining their title but fell behind early on in their match with Sweden as Marcus Holmes found the net.

Italy quickly responded as Sandro Kalegaris drew them level before three unanswered goals ensured they finished the tournament with victory.

Florian Planker scored a double and Gregory Leperdi also got his name on the scoresheet in a win which saw the Italians guarantee a medal, with only the colour to be decided.

Unfortunately for Italy, Russia were in supreme form once again, meaning they had to settle for second place.