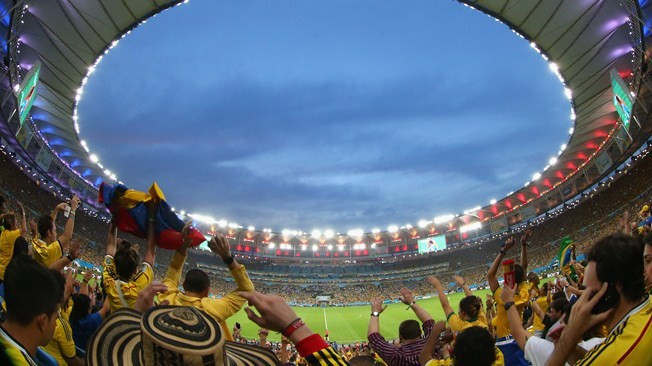 Brazil, Argentina, Japan and defending champions Mexico will be the top four men's seeds in the draw for the Olympic football tournament due to take place at the Maracanã Stadium on Thursday (April 14).

Hosts Brazil will also be among the top three seeds for the women's competition, along with Germany and three-time defending champions United States.

Teams will be allocated into four pots in the men's tournament based on a ranking built according to performances at the past five Olympic football tournaments, a FIFA statement explained.

The ranking is weighted so that recent performances play a more prominent role, and a bonus is given to those countries who finished their qualifying competition as continental champions.

World champions Germany are confined to the bottom pot along with Algeria, Denmark and World Cup quarter-finalists Colombia.

Each team consists predominantly of under-23 players, with three overage squad members allowed.

Mexico will be seeking a successful defence of the title they won with a 2-1 final victory over Brazil at Wembley Stadium during London 2012.

Brazil will be desperate for a first ever Olympic gold in the sport on home turf.

Their arch-rivals Argentina, meanwhile, will be hoping to add to their Athens 2004 and Beijing 2008 triumphs.

Tteams in the same pot cannot meet group stage, where it is a "general principle" to ensure that no group has more than one team from the same Confederation.

There are also four pots in the 12-team women's draw, allocated based on the latest FIFA Women's World Rankings.

The fourth pot consists of Colombia, South Africa and Zimbabwe.

The US claimed a third successive gold at London 2012 with a 2-1 win over Japan.

They have won four of the five titles since women's football was first added to the Olympic programme at Atlanta 1996.

Sydney 2000 winners Norway, the only other female Olympic football champions, have not qualified this time around.

The draw is scheduled to take place at 10.30am local time on Thursday.