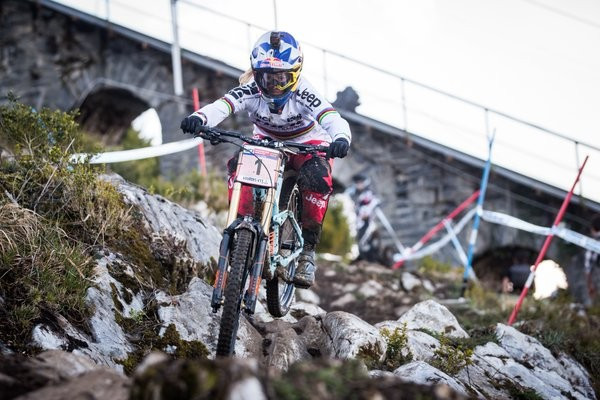 The 29-year-old had finished second in qualification yesterday, four seconds behind her compatriot Tahnee Seagrave.

Atherton was hoping to get her World Cup title defence off to a winning start in France and produced an excellent ride in today’s final to complete the course in a time of 3min 50.383sec.

The time saw the three-time world champion move to the top of the standings.

"It’s been one of those weekends, all or nothing," said Atherton after claiming her 27th World Cup win.

"I knew I was going to have to ride as well as I could and maybe crash.

“It’s gnarly how hard we have to push.”

Manon Carpenter completed the podium in a town best known as a major Catholic pilgrimage site after finishing in 4:00.641.

The United States’ Aaron Gwin triumphed in the men’s event.

France’s Loic Bruni had looked on course to beat the American’s time after leading through the first four split times only for a crash in the closing stages to end his hopes.