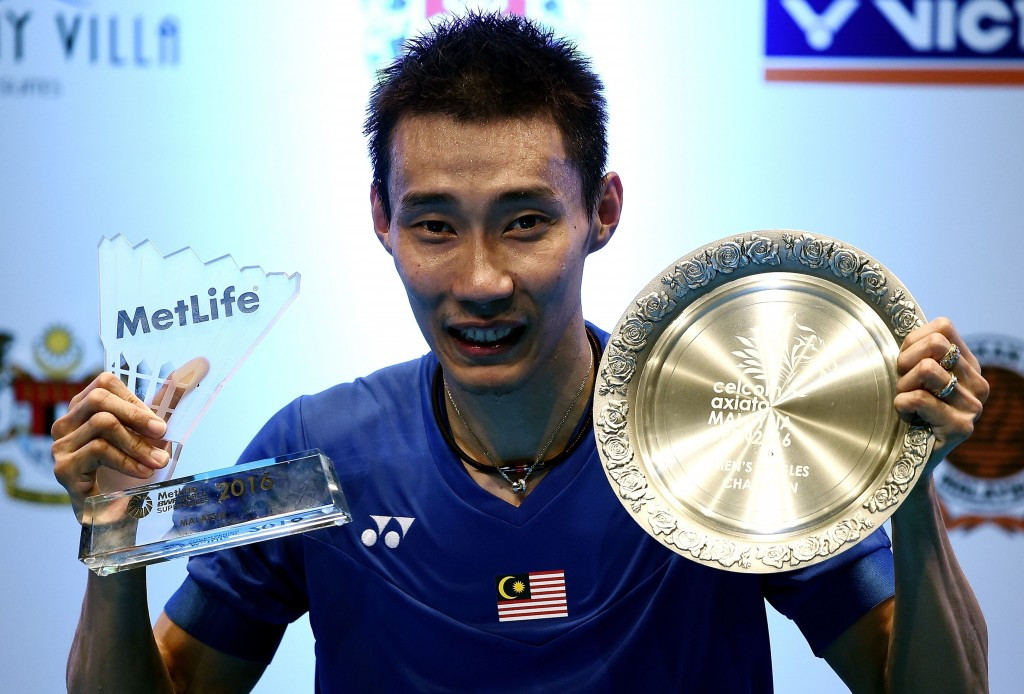 Second seed Lee Chong Wei of Malaysia got the better of Chinese world number one Chen Long to clinch the men’s singles Badminton World Federation (BWF) Malaysia Open title to the delight of the home crowd at the Stadium Malawati in Shah Alam today.

Lee, the double Olympic silver medallist, produced a dominant display and wrapped up a comfortable 21-13, 21-8 victory in 42 minutes.

The success for the 33-year-old handed him his 11th Malaysian Open crown and provided a much-needed boost to his Rio 2016 prospects, where he will bid for a first-ever Olympic gold medal.

“Many critics have said that I should retire after some poor performances,” Lee said.

“But I know within myself that I am capable of still producing the goods at the highest level and this win was the proof of that.

“I am happy to win another title here and this triumph certainly boosts my spirits ahead of the Olympics.”

Fourth seed and 2013 world champion Ratchanok Intanon of Thailand proved too strong for Tai Tzu Ying of Chinese Taipei to seal the women’s title as she secured a straight-games victory.

Intanon, the 2015 Asian Championships gold medallist, came into the tournament’s showpiece contest having knocked out defending champion Carolina Marin of Spain in the semi-finals and moved to within one of claiming the Malaysia Open title by taking the first game 21-14.

The 21-year-old, considered a serious medal contender at Rio 2016, then wrapped up a commanding win by taking the second game 21-15.

Surprise package Chan Peng Soon and Goh Liu Ying of Malaysia, who reached the final by sending top seeds China's Zhang Nan and Zhao Yunlei crashing out of the competition yesterday, were unable to get their hands on the mixed doubles title as they were beaten by Indonesian pair Tontowi Ahmad and Liliyana Natsir.

The second seeds were considered the favourites and took the opening game 23-21 before the Malaysian duo drew level, sending the match to a decider by winning the second 21-13.

But Ahmad and Natsir regrouped, sealing a close-fought triumph by virtue of a 21-16 scoreline in the third.

The two badminton powerhouses had faced off in the opening final of the day and it was the Chinese team of Yu Yang and Tang Yuanting who emerged victorious, overcoming Jung Kyung-eun and Shin Seung-chan of South Korea 21-11, 21-17 to triumph in the women's doubles.