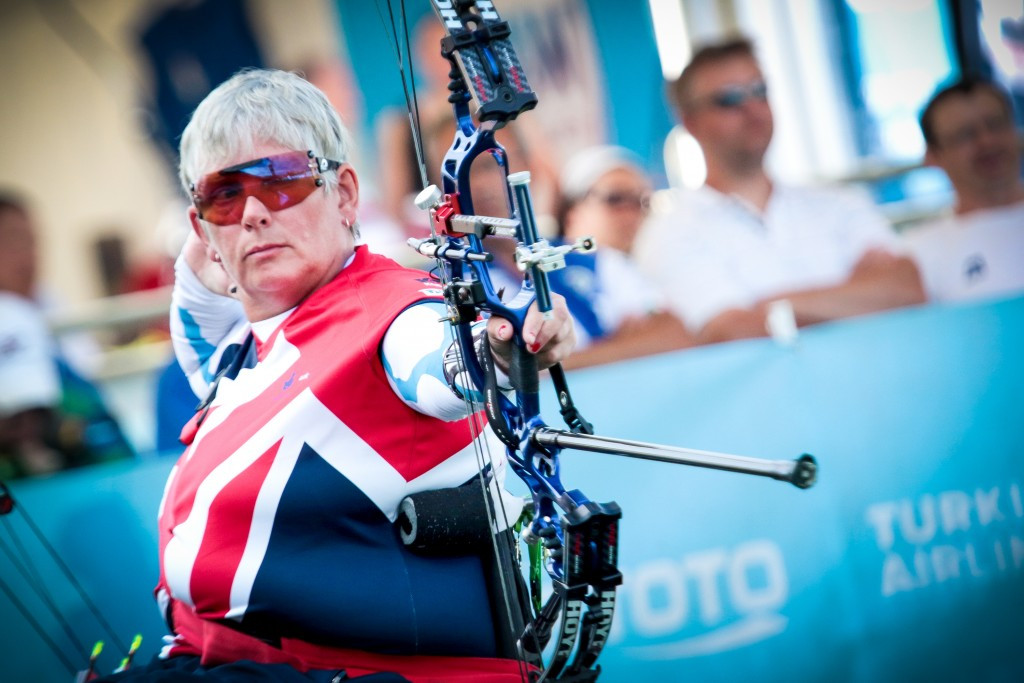 Britain’s Jo Frith overcame her team-mate Jessica Stretton to claim gold in the women’s W1 final at the European Para-Archery Championships in the Saint-Jean-de-Monts in France.

The pair came into the competition as the top seeds and had justified that billing by claiming decisive victories in their semi-final ties on Friday (April 8).

Frith produced another excellent display to claim the gold medal, with the highest ranked archer securing a 136-127 win.

An all-British podium was completed by Vicky Jenkins after she secured a 128-118 win over Spain’s Liliana Oliveros.

A second British gold medal was earned by Steve Prowse in the men’s visually impaired competition as he defeated France’s Christophe Gerardin 6-2.

His team-mate Carmel Bassett, however, was beaten 6-0 by Italy’s Claudio Peruffo in the bronze medal tie.

Top seed Alberto Simonelli was an impressive winner in the men’s compound competition, the Italian emerging as a 137-134 victor against Russia’s Aleksander Zubar.

Drahoninsky had set a world record in qualification on Monday (April 4), scoring 675 points from his 72 arrows.

The Russian team were expecting to enjoy success after their archers had reached four finals, with Tatiana Andrievskaia claiming their first title with a 131-129 win over Turkey’s Handan Biroglu in the women’s compound event.

Andrievskaia's team-mate Stepanida Artakhinova was a comfortable 140-126 winner in her bronze medal tie against Italy’s Eleonora Sarti, who had begun the competition as the top seed.