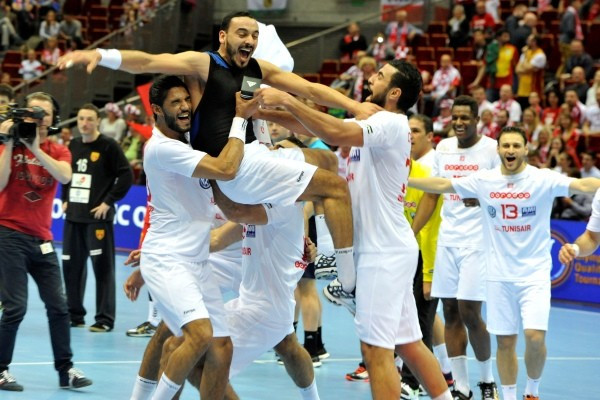 Poland and Tunisia booked their places at the Rio 2016 men’s handball tournament after securing their second victories at the International Handball Federation (IHF) Olympic Qualification event in Gdansk.

After their triumph over Chile on the opening day of the competition, Tunisia knew a win over Macedonia would take them to the brink of qualifying for the second successive Olympic Games.

The London 2012 quarter-finalists took a commanding 17-10 lead into the half-time break in the Ergo Arena and preserved their advantage to emerge as 32-26 winners, with Oussama Boughanmi scoring seven times.

Their participation at Rio 2016 would be secured with a game to spare if Poland overcame Chile and the hosts eased to a 35-27 victory.

The result saw the World Championship bronze medallists and Tunisia both advance to the Games, with both teams due to meet tomorrow to decide the group winners.

Sweden, who finished as the runners-up at London 2012, secured their second straight victory in front of their home fans to move to the brink of qualification in their four-team event in Malmö.

They proved able to hold off a fightback from Slovenia in the closing stages of their top of the table clash, to seal a 24-23 win.

In the second group match of the day, Spain kept their hopes of qualification alive as they defeated Iran 37-23, with the result seeing them move level with Slovenia in the standings.

Should Slovenia overcome already eliminated Iran they will secure an Olympic berth, with Spain and Sweden meeting in the other tie.

Hosts Denmark and Norway remain in the qualification spots in the third qualifying tournament, after they could not be separated in a 25-25 draw, in the Jyske Bank Boxen.

Both teams lie one point ahead of Croatia in the standings, following their 33-22 triumph over Bahrain in their second match of the tournament.

Croatia and Norway will meet in their final group match tomorrow, with Denmark taking on Bahrian.