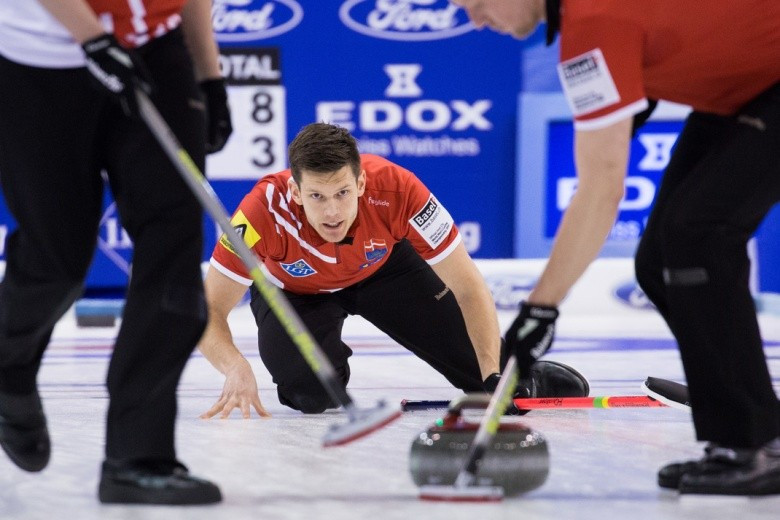 Denmark set up a rematch against Canada in the World Men's Curling Championship gold medal clash after they defeated the United States in the semi-finals at the St. Jakobshalle arena in Basel today.

The Danish team were beaten 5-3 by Canada in yesterday’s first and second page play-off, leaving them awaiting the winners of America’s clash with an impressive Japanese team in the third and four page game.

Japan's skip Yusuke Morozumi is hoping to lead Japan to a first ever medal at the Championships and put his team into a 3-1 lead after six ends.

However, John Shuster scored three points in the eighth to put his American team into a 4-3 advantage, before the contest was levelled in the penultimate end.

Shuster was able to hold his nerve to score the decisive final point to give his team a 5-4 win, with the Americans progressing to a semi-final tie with Denmark.

Despite their victory, the US proved unable to significantly trouble their rivals, as Rasmus Stjerne led the Danes into the gold medal tie.

Although the US cut the deficit by two points immediately, Stjerne’s team responded by scoring a further three in the fifth.

After the eighth end, the Americans conceded the match to their opponents, with Denmark holding an 8-3 advantage.

“I feel the way we played today we might have a chance of putting the Canadians to the test at least," said Stjerne.

“We got up early with the deuce but that three [in the third end] made the game very one-sided, the double just before the break sealed it.

“We need to make the shots against Canada but we've been playing one rock at a time and that's got us here."

While Denmark will meet Canada in tomorrow’s final, Japan will take on the the United States again in the bronze medal tie.