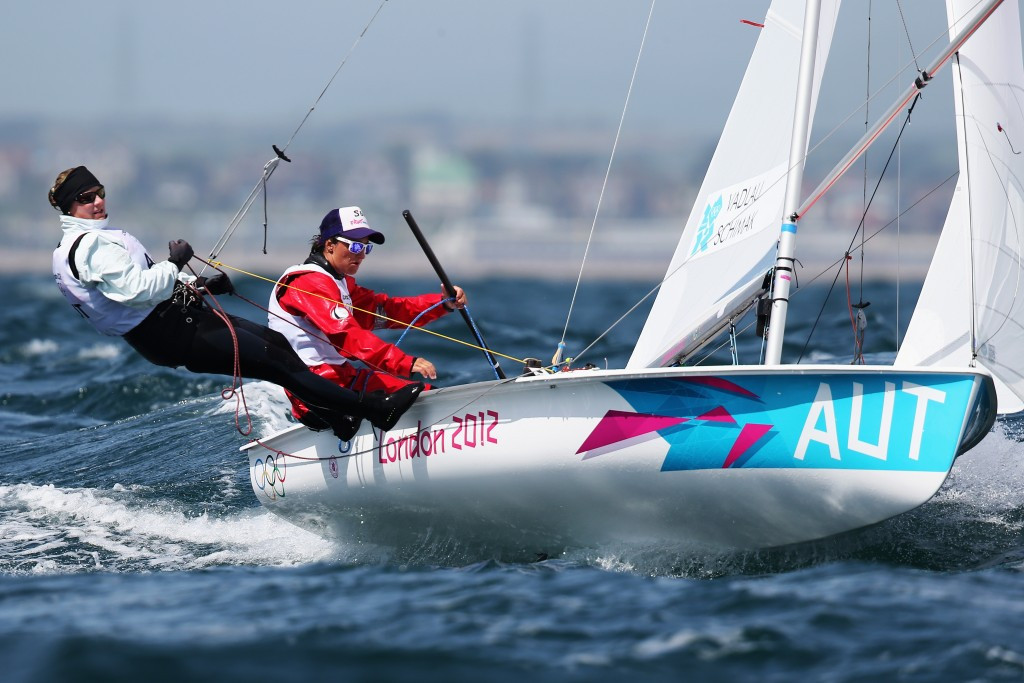 Austria’s Lara Vadlau and Jolanta Ogar remain in control of the women’s competition at the 470 European Championships in the Bay of Palma.

The duo began the day as leaders, after yesterday’s racing was cancelled due to poor weather conditions, and continued their fine start by finishing third in the opening yellow fleet race.

A second place and a discarded ninth in the following two races saw the two-time world champions move their points tally onto seven.

Brazil’s Fernanda Oliveira and Ana Barbachan are a point adrift in second position, with nations outside Europe able to compete at the event, having secured two wins in the blue fleet.

Camille Lecointre and Helene Defrance sealed two wins in the yellow fleet, as the world champions looked to get back into contention after a difficult first day.

The French pairing lie fourth on 14 points, with the Dutch crew of Afrodite Kyranakou and Anneloes Van Veen a point better off in third.

Second and sixth place finishes for Anton Dahlberg and Fredrik Bergström in the men’s blue fleet saw them move ahead of Argentina’s Lucas Calabrese and Juan De la Fuente by one point.

The Swedish team boast a total of 12 points, but will be expected to come under serious threat in the final days of the regatta.

It follows the reigning world champions Sime Fantela and Igor Marenic of Croatia climbing up to third, after crossing the line third in both of their yellow fleet races.

Australia’s Mat Belcher and Will Ryan, though, proved to be the star performers of the day by claiming two victories.

The duo, who have won three world titles as a pairing, are now just four points behind the race leaders.

Both the men’s and women’s competitions will now be separated into gold and silver fleets for the remainder of the regatta, which will draw to a close with the medal races on Tuesday (April 12).