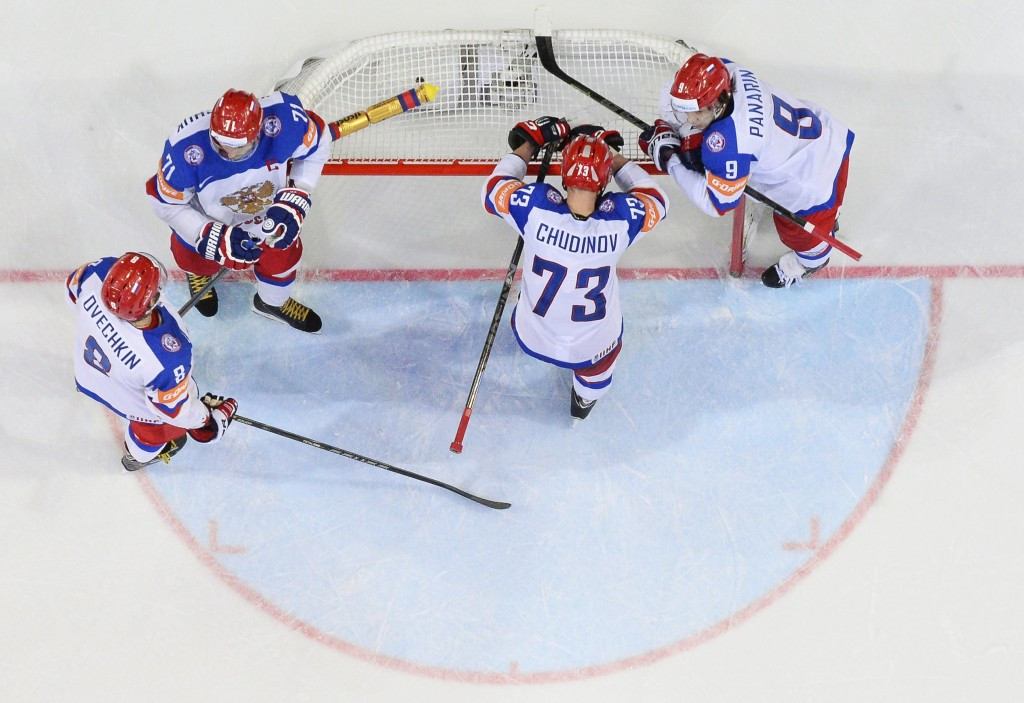 The 16-team competition will take place between May 6 and 22, with matches being held at both Saint Petersburg and Moscow.

Group A will see Russia face the challenge of Sweden, Czech Republic, Switzerland, Latvia, Norway, Denmark and Kazakhstan at the 12,000-seat VTB Ice Palace in the country’s capital city, with the top four advancing to the play-off rounds.

Heavyweights Canada and the United States will clash in Group B at the 6,000-seat Yubileny Arena in Saint Petersburg, along with Finland, Slovakia, Belarus, France, Germany and Hungary.

"The VTB Ice Palace and the Yubileny Arena are ready for hosting the matches of the Ice Hockey World Championship,” Mutko told the Russian news agency TASS.

"It feels you up with joy when such facilities emerge, the actual meaning of holding such tournaments is the heritage.

“I can say the same thing about Saint Petersburg, where Yubileny underwent restoration.

“On the whole, I am very satisfied.”

Denmark and Ukraine had initially bid to stage the Championships, but both nations pulled out to see Russia confirmed as the hosts back in 2011.

The home team will be hoping to go one stage further than the 2015 edition of the competition, where they were beaten 6-1 in the final by Canada.

Hungary and Kazakhstan will be making their returns to the Championship following their respective promotions, with both teams hopeful of avoiding the relegation spots for the countries who finish bottom of the groups.

Fans attending the Championships will be subject to enhanced security checks at the venues, with Mukto urging spectators to understand the need for the extra measures, following recent terrorist attacks.

"Russia, just like many other countries, is in the list of terrorist organisations’ targets," he told TASS.

"Unfortunately, we recently saw that sports events were the targets of terrorists, we have witnessed an attempt to attack Stade de France stadium, explosions at the Boston Marathon.

"That is why we are implementing all security requirements proposed by our colleagues.”