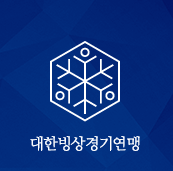 The skaters had allegedly placed bets on illegal websites last year, with the South Korean news agency Yonhap stating that police could extend the investigation to other short track stars.

Under South Korean law, the only legal form of sports betting is through Sports Toto lottery tickets.

Three skaters, who are all unnamed, have been banned from competition by the Korea Skating Union (KSU) following the charges, however further punishments could be enforced.

"We will deal with the skaters through rules based on the results of the police investigation," a KSU official told Yonhap.

"We will come up with special countermeasures to prevent this kind of incident from happening again."

Macau, a special administrative region of China, lies outside of South Korean territory but the country's tough rules allows prosecution of those who gamble overseas as well as at home.

The KSU have also ordered 20 speed skaters to carry out 50 hours of community service after they were found to have thrown a late night party during a national team training camp.