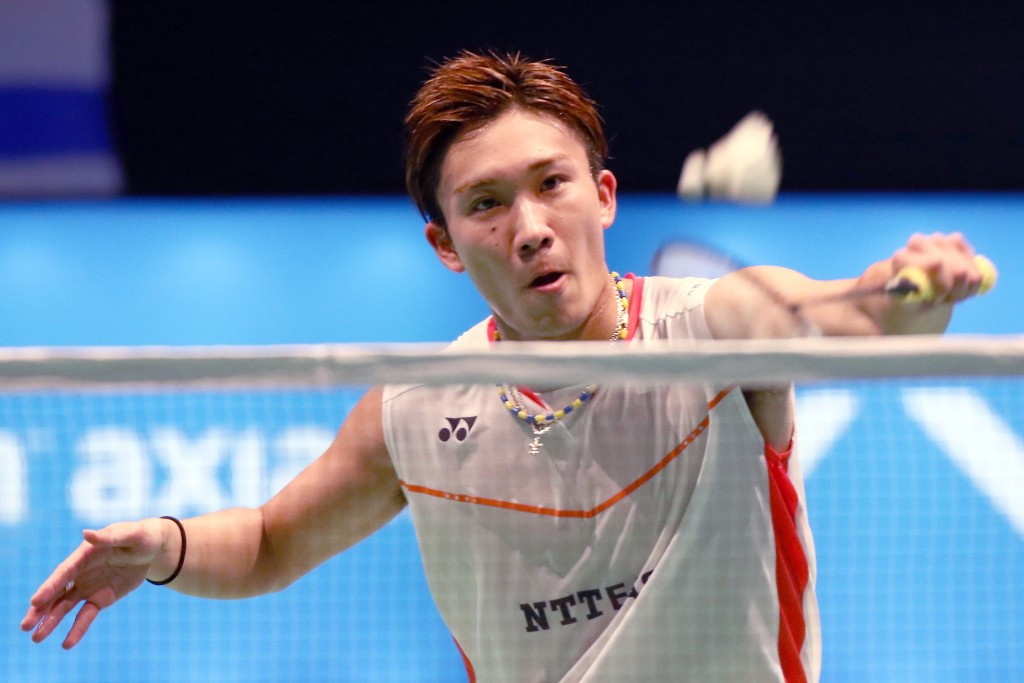 Badminton world number four Kento Momota of Japan could be axed from his country's team for the Rio 2016 Olympic Games after he admitted to gambling at an illegal casino in Tokyo.

Momota, who became the first Japanaese man to win a World Championships medal with bronze at last year’s event in Jakarta and won the Badminton World Federation (BWF) Superseries Finals in December, has been implicated alongside NTT East Japan team-mate Kenichi Tago.

The club confirmed the two players placed bets at the underground casino which was raided by police last year.

The 21-year-old was considered one of Japan’s best medal prospects for this summer’s Games but his chances of representing his country appear slim as Nippon Badminton Association (NBA) Secretary General Kinji Zeniya told Agence France Press it was “probably impossible” for them to play in Rio if the accusations were proven.

An emergency meeting is due to be held by the sport’s governing body in Japan concerning the issue.

Gambling is largely illegal in Japan and those found to have engaged in the practice can be sentenced to up to five years in jail.

Publicly-operated gambling, including on sports such as horse racing, is allowed under Japanese law.

“They have a serious responsibility to society,” an emotional Zeniya told AFP.

“I'm shocked by this.

“I would like to deeply apologise to all the Japanese people and fans of badminton.

“At this stage we cannot endorse these players [for Rio] and it looks as if there will be a harsh punishment."

Momota unexpectedly withdrew from the ongoing BWF Malaysia Superseries and will not defend his title at the Singapore Open, which takes place from April 12 to 17, according to an NBA spokesperson, who also claimed a decision on his future “shouldn't take that long”.

The news has sparked outrage in Japan, particularly among Government officials.

Olympics Minister Toshiaki Endo blasted Momota’s actions as “a betrayal of the Olympic spirit”, adding that if the allegations are proven “then 100 per cent he has no right to represent Japan”.

“Make no mistake about it, there are more important things in sport than winning medals," Hiroshi Hase, Minister for Education, Culture and Sport, said.

The news comes after the BWF unveiled a tougher Integrity Code, which states badminton players who fix matches or illegally bet on games face life bans from the sport.