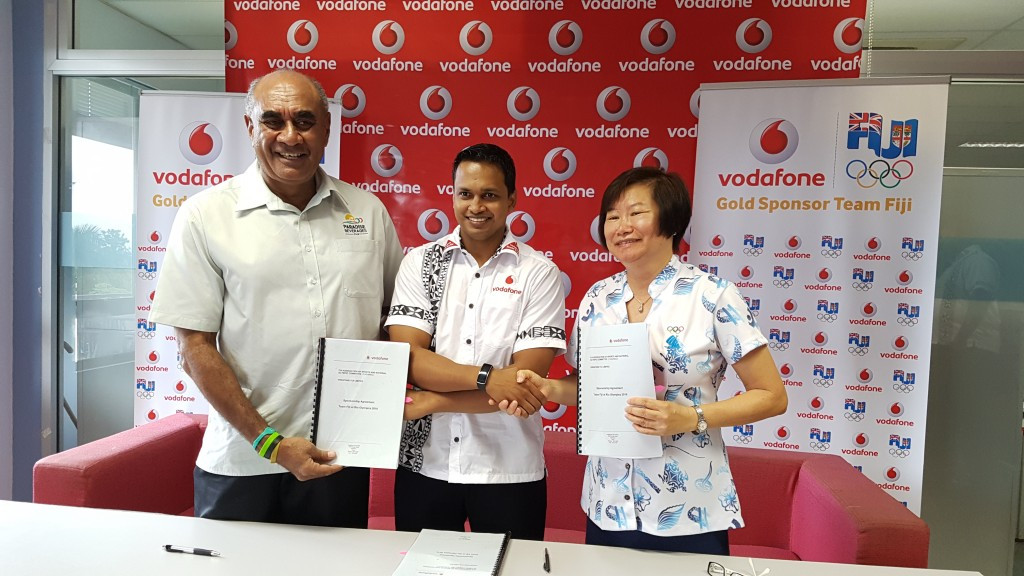 Vodafone Fiji have been named as the main sponsor of Fiji's team for this year's Olympic Games in Rio de Janeiro after the company signed a deal with the country’s National Olympic Committee.

“Vodafone are already sponsors of rugby and soccer and their coming on board to again sponsor Fiji team is something that will go a long way for Vodafone and Team Fiji,” FASANOC President Joseph Rodan said.

“For Vodafone being a 100 per cent local company we are grateful that they have come onboard.”

Vodafone Fiji chief executive Pradeep Lal claimed he is proud that the company will be supporting Fiji’s athletes at Rio 2016.

“It is with immense pride and patriotism for our beloved country Fiji that we confirm our support for Team Fiji contingent to the Rio 2016 Olympics,” he said.

“We share the dream of every athlete to represent their country at the Olympic Games.

“Through our sponsorship we support those dedicated athletes and teams who have earned the right to represent our beloved Fiji at the pinnacle of sporting excellence.

“Vodafone Fiji is already heavily committed financially through sponsorships of various sports in the country.

“Despite this, we have made an extra effort to get behind our sporting heroes.”

Fiji are due to send a delegation of 89 athletes and officials to this summer’s Games in the Brazilian city.

The Pacific nation’s men’s and women’s rugby sevens sides have already secured their place at Rio 2016, where the sport will make its debut on the Olympic programme, and they will be joined by their men’s football team.

They booked their spot in the Olympic football tournament by beating Vanuatu on penalties in the final of the qualifier after New Zealand had been thrown out of the competition, held at last year’s Pacific Games in Port Moresby, for fielding an ineligible player.

Fiji has also qualified athletes in shooting and table tennis and Rodan is predicting the country will earn their first-ever Olympic medal this summer.

“Realistically and for the first time, Fiji stands a very good chance of returning home with its first ever medal from the Olympic Games and we hope it will be a gold,” he added.

“That will surely be the finest moment for our sports crazy nation.

“Those who conquer that first Olympic gold will be embossed in the annals of history as the immortals.”