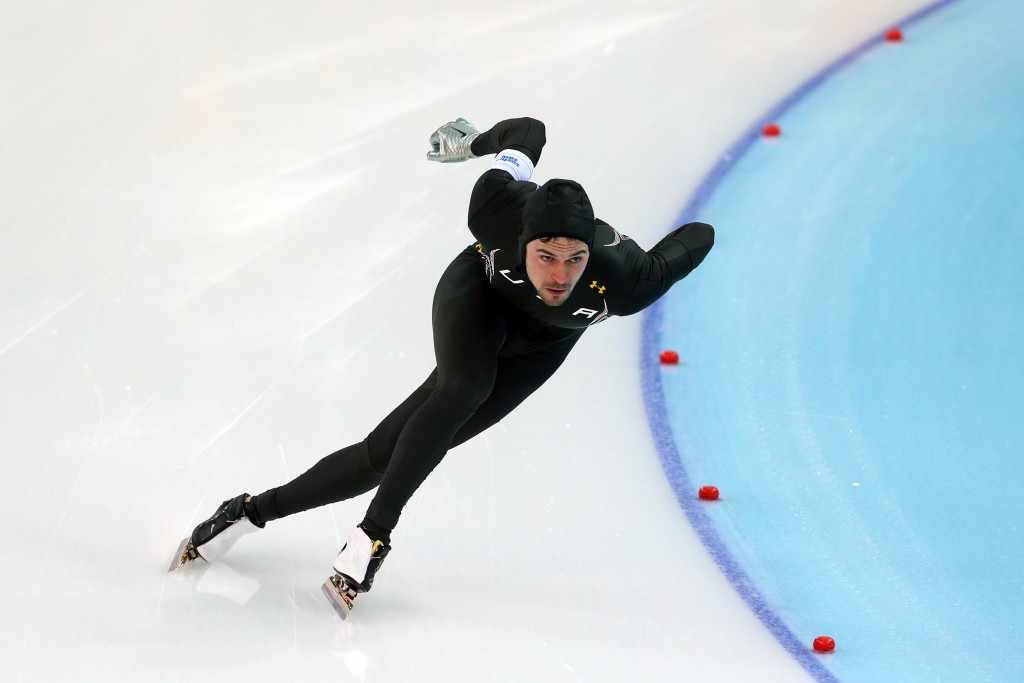 The 26-year-old, who skated 34.19sec in November to improve upon his own record 500 metres mark, was found guilty of "misconduct and violation" under the ISU Code of Ethics after an altercation with Stefano Donagrandi.

He is now expected to launch an appeal to the Court of Arbitration for Sport.

Donagrandi claimed to have been awoken in his hotel room in Inzell in Germany on December 2 by car noise made by Whitmore, who was accompanied by members of the New Zealand team.

After asking the group to be quieter, an altercation escalated when Whitmore jumped on top of the Italian - and Olympic team pursuit champion at Turin 2006 - and threw him to the ground, it is alleged.

This resulted in the dislocation of his shoulder.

Both Whitmore and the New Zealand skaters claim, however, that the American acted in self defence after Donagrandi began yelling "insulting statements".

"We yelled back and forth at each other and then he pushed me," claimed the 26-year-old Whitmore, a member of Team USA at Vancouver 2010 and Sochi 2014.

"I responded by hitting him which knocked him to the ground.

"I then followed him to the ground in hopes of calming the situation.

"I asked him several times, "Are we done here?'"

It is also claimed that, because Whitmore was unaware of the identity of the Dutch coach, the incident should not have ruled upon under the ISU Disciplinary Code.

"We are aware of the International Skating Union's decision to Mr. Mitch Whitmore for his involvement in an incident in Inzell, Germany on the night of Dec. 2, 2015," said US Speedskating in a statement to the Salt Lake Tribune.

"We will support Mr. Whitmore's appeal to the Court of Arbitration for Sport and until that process is complete we will not have any further comment."

Whitmore's suspension began on April 1, and will last until March 31, 2017, thus ruling him out of the entirety of next season.

The full ISU verdict is available by clicking here.