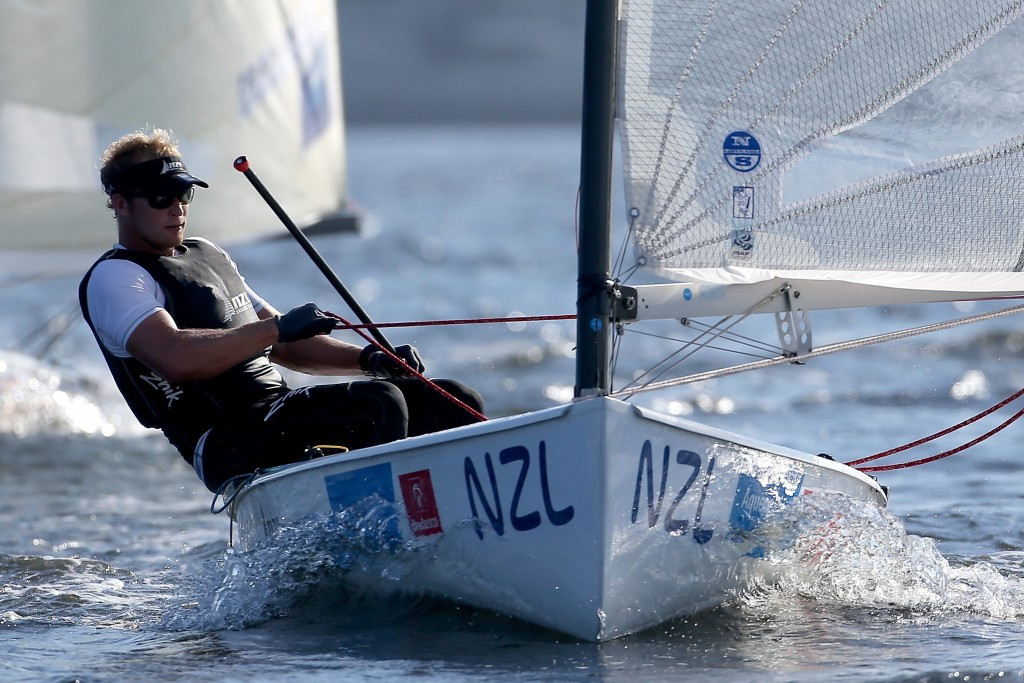 Josh Junior helped New Zealand complete a notable double on the final day of the Trofeo Princesa Sofía after beating world champion Giles Scott to Finn class gold in the Bay of Palma in Spain.

The challenge of Great Britain’s Scott was hurt by a broken rudder fitting yesterday, but Junior sailed a consistent series and ultimately sealed victory with a 10th-place finish in the medal race.

His triumph was matched in the laser fleet by fellow Kiwi Andy Maloney, who led the way from the middle of the week and fended off competition from Croatia’s Tonči Stipanović.

"I was looking to sail consistently this week which I did," said Maloney.

"I was trying to start better and try and sail risk-free.

"And today I wanted to treat it like the Olympics.

"Only Tonči could beat me and so I had to cover him and so I executed that strategy well."

Ireland's Ryan Seaton and Matt McGovern won the 49er class, keeping Olympic champions Nathan Outteridge and Iain Jensen of Australia in second spot, and the Dutch pairing of Annemiek Bekkering and Annette Duetz closed out their win in the 49er FX class.

There was also a landmark triumph for the rising Polish duo Agnieszka Skrzypulec and Irmina Mrozek Gliszczynska in the women’s 470 class, clinching gold with a second-place finish in the medal race.

Britain's Tom Squires shrugged off tiredness brought on by a hefty travelling schedule to win the RS:X men, while Russia's Olga Maslivets sailed to victory in the RS:X women.

France's four-time world champions Billy Besson and Marie Riou were crowned the best overall performers at the regatta after winning the Nacra 17 class with a day to spare.

Australia’s Mat Belcher and Will Ryan also performed superbly as they triumphed in the men’s 470 class by 28 points, winning seven of their 16 races.