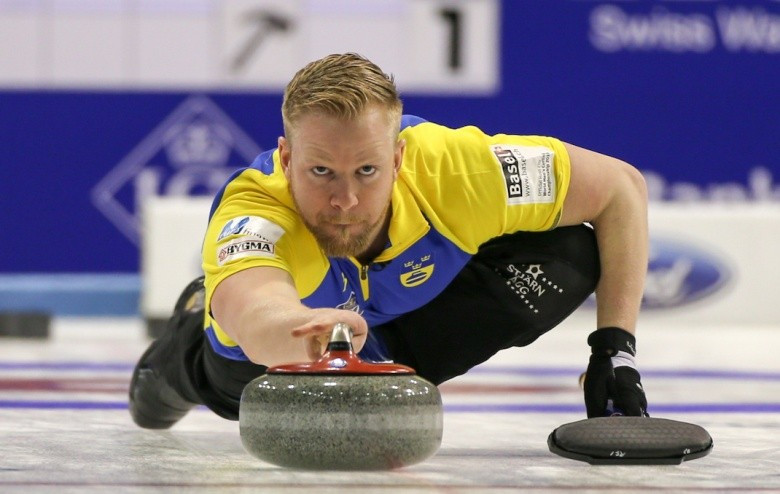 Sweden began the defence of their World Men's Curling Championship title today with victory as they saw off Japan 8-5 at the St. Jakobshalle arena in Basel.

The Swedes, skipped by double world champion Niklas Edin, were in good form as they look to back-up the crown they captured in Halifax in Canada last year.

Japan had their best moment when skip Yusuke Morozumi scored two points thanks to a double take-out in the fourth end, which levelled the contest at 3-3.

The reigning champions sealed things in the final end, however, with Edin knocking out a Japanese stone to confirm his team's success.

"It was a good start, but we had a lot of communication problems in sweeping," said Edin.

"The ice, as it is right now, is pretty tricky, but I think we got into it pretty well after half the game.

"We got a lead, and luckily we could keep that lead for the whole game.

"It was definitely not an easy win."

The German is a guest of honour and is helping the World Curling Federation (WCF) mark their 50th anniversary.

Hosts Switzerland also got off to a winning start as they beat Germany 8-2 in their round-robin opener.

Elsewhere, there were comfortable opening session victories for Scotland, who beat South Korea 9-3, and Norway, who saw off Russia 11-3.

The Scots were one of four teams to play twice on opening day and are the only side to boast a 100 per cent record after a 6-3 win over Norway.

Canada got off to a winning start by beating Finland 7-3.

The top four after the round robin stage will progress to the play-offs.