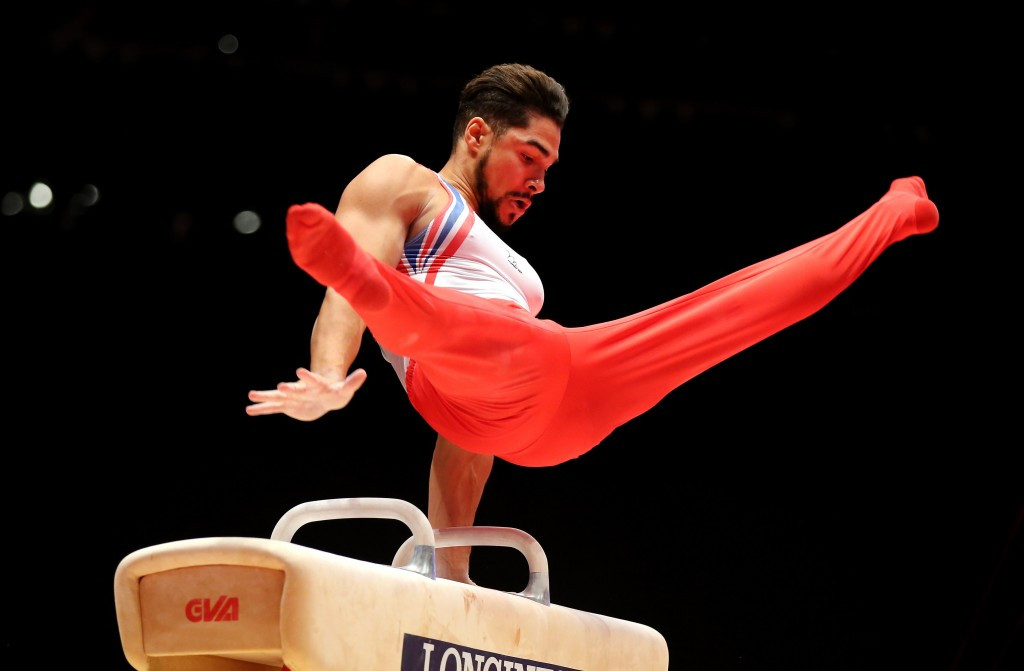 Ukraine narrowly missed out on top honours in the pommel horse but it was not the case in the rings as Igor Radivilov prevailed with a total of 15,500 points.

The 23-year-old, winner of an Olympic bronze medal in the vault at London 2012, was joined on the podium by Brazil's Henrique Medina Flores on 15,366 points and Belgium's  Denis Goossens on 15,033.

There were also gold medals today for Uzbekistan’s Oksana Chusovitina and Brazil’s Diego Hypólito in the vault and floor events respectively.

The 40-year-old Chusovitina, winner of an Olympic silver representing Germany at Beijing 2008, posted 14,700 points with Wu Jing of China scoring 14,350 for second and Slovenia's Tjasa Kysselef 13,966 for third.

Two-time world champion Hypólito scored a winning total of 15,466 points, beating Slovenia's Rok Klavora’s 14,866 with the Slovenian finishing just ahead of Verniaiev on 14,833.

More than 100 gymnasts representing 34 countries are competing in the event in Germany, which is celebrating its 40th anniversary this year.

It is the penultimate Artistic Gymnastics World Cup Series event before the Rio 2016 test event, the final qualifier for the Olympics, scheduled to take place from April 16 to 22.