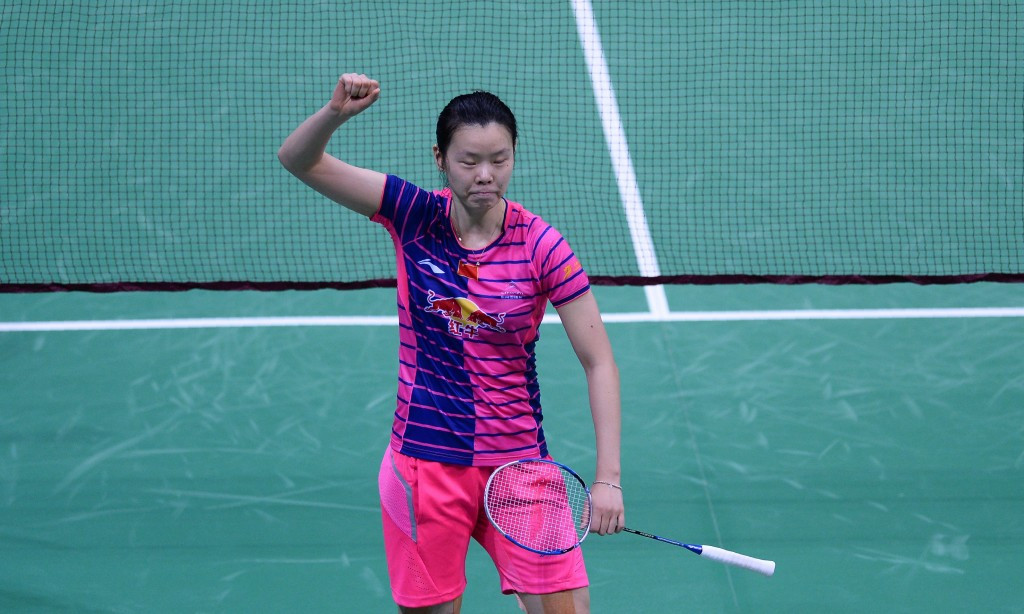 Li Xuerui produced a superb fightback to silence the crowd and beat home favourite Saina Nehwal in the semi-finals of the Badminton World Federation (BWF) India Open at the at the Siri Fort Sports Complex in New Delhi today.

Li claimed the first set 22-10 before Nehwal, roared on by the thunderous crowd, fought back to claim the second 21-17.

Nehwal then moved into a 14-8 lead in the third to move close to a fairytale victory before the relentless Chinese assault proved too much.

Li fought back to win 21-19 and set up a final tomorrow against Ratchanok Intanon of Thailand in in a tournament that is part of the BWF World Superseries.

“It was a tough match,” the winner admitted.

“I tried not to think too much when I was down.

"Saina is a tough competitor and it was a matter of a few points.

There will be a European presence in the men's singles final as Denmark’s Viktor Axelsen cruised past South Korea's Son Wan Ho, 21-11, 21-11.

He will face Japan's Kento Momota in the final after he profited from the withdrawal of China's Xue Song.

There was more Japanese success in the women's doubles as defending champions Misaki Matsutomo and Ayaka Takahashi edged past Indonesia's Greysia Polii and Nitya Krishinda Maheswari 21-18, 19-21, 23-21.

In a high quality encounter, one second set rally lasted a remarkable 118 shots.

All five finals are scheduled for tomorrow.