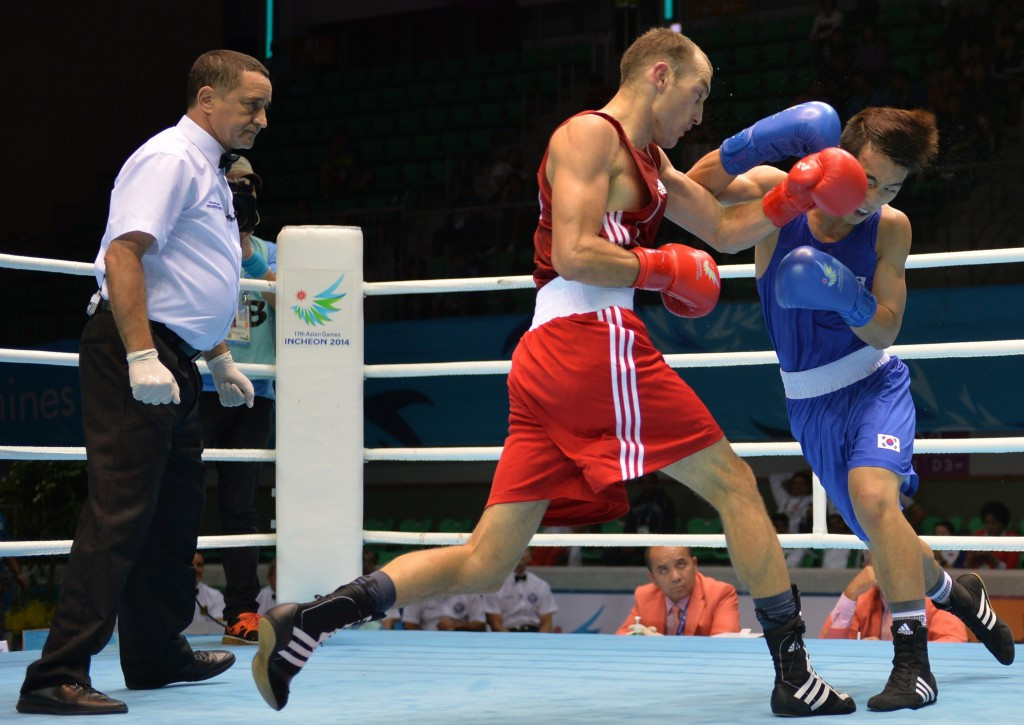 Home hope Hu Qianxun secured his spot at Rio 2016 with a hard-fought victory over Kyrgyzstan's Ermek Sakenov on the final day of the AIBA Asian/Oceanian Olympic Qualifying Event in Qian’an in China.

The light welterweight qualification bout proved to be a tight-knit contest as both competitors gave it everything in pursuit of qualification for this summer’s Olympic Games and it was Hu who was given the win via split decision.

Kazakhstan’s Ablaikhan Zhussupov topped the podium in the weight division as he overcame Chinzorig Baatarsukh of Mongoila in the final in what was another difficult clash to call for the judges.

Shan Jun was unable to follow his compatriot to Rio 2016, however, as he was beaten by Japan's Daisuke Narimatsu in the lightweight box-off for the final Olympic place available in the category.

Otgondalai Dorjnyambuu of Mongolia was crowned champion in the division as he proved too strong for Asian Games silver medallist Charly Suarez of the Philippines, securing gold in another split decision success.

Heavyweight second seed Jakhon Qurbanov sealed a rare Olympic berth for Tajikistan, accounting for Australia’s Jason Whateley in their crucial box-off, with two of the judges awarding him the bout.

Uzbekistan’s Rustam Tulaganov earned the gold medal by walkover following the withdrawal from the final of China’s Yu Fengkai.

In the final men’s category, Jordan’s Hussein Eishaish Hussein Iashaish booked his ticket to the Olympics in the Brazilian city thanks to a unanimous triumph in his super heavyweight bout with Abdolmajid Sepahvandi of Iran.

Kazakhstan’s Ivan Dychko justified his billing as the top seed in the super heavyweight division, defeating Uzbekistan's Bakhodir Jalolov with ease as he sealed gold by unanimous decision in the final.

All of the finalists in the men’s categories had assured themselves of a place at Rio 2016 by virtue of reaching the gold medal bouts, while the other Olympic berth was handed to the winner of the box-offs.

She claimed a gold medal with a unanimous victory over Yodgoroy Mirzaeva of Uzbekistan.

Chinese Taipei’s Lin Yu-Ting edged five-time world champion Mary Kom of India in the other clash, though both boxers had already clinched the bronze medal.

China took the gold medal in the other two divisions as Yin Junhua's lightweight final with Shelley Watts of Australia was a walkover.

Luu Thi Duyen of Vietnam beat Thailand’s Tassamalee Thongjan in the battle of the bronze medallists.

Li Qian ensured the home country concluded the event in style, securing the gold medal in the middleweight category, breezing to the title in unanimous fashion against Kazakhstan’s Dariga Shakimova.

Chen Nien-Chin of Chinese Taipei also ended on a positive, having too much for Jang Un-hui of North Korea, the duo both taking home a bronze medal apiece.