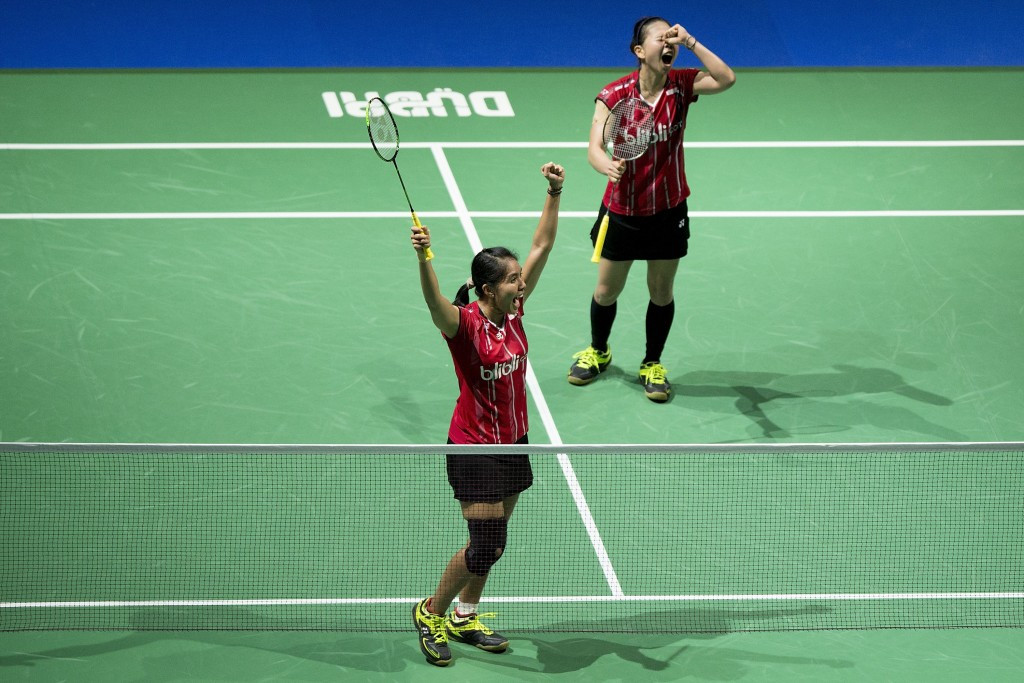 The Chinese duo have proved troublesome opponents for the world’s top ranked women’s doubles pair, who have lost each of their last five encounters.

The Indonesian defence proved too strong today, though, as the Polii and Maheswari won 21-19, 21-12 over the fifth seeds in 52 minutes in a tournament that is part of the BWF World Superseries.

“We learnt from our mistakes in the earlier matches,” said Polii.

“We just controlled everything, our emotions and feelings.

“We’ve always challenged the Chinese, so we don’t think this win is special, but it will make us more confident for the future.”

They are now due to face Misaki Matsutomo and Ayaka Takahashi of Japan for a place in the final after they overcame Dutch duo Selena Piek and Eefje Muskens, 21-16, 21-17.

The tournament has proved notable for its shocks so far, with London 2012 finalists Lin Dan and Lee Chong Wei each crashing out of the men’s singles yesterday.

South Korea gained revenge on the host country after Bae Yeon Ju beat India's Sindhu Pusarla 15-21, 21-15, 21-15 in one of the other quarter-finals.