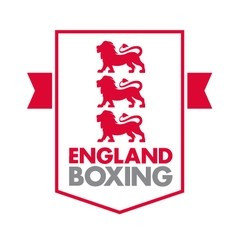 Police have opted to cancel the England Boxing Junior Championships, due to be held in Portsmouth this weekend, following what they described as a “threat to life”.

The competition was scheduled to take place at the Mountbatten Centre in the English city until the authorities stepped in.

In a statement, England Boxing claimed that they were blocked from staging the event as planned by court action from the police and added that “the top priority must be the safety of our members”.

No further details have been released by police as releasing more information would “not only be potentially illegal, it might also put people at risk”.

The governing body have been working hard to find a replacement host for the tournament, with Wakefield in Yorkshire emerging as a potential alternative, but they have been unable to reach a solution as yet.

“Literally hundreds of calls have been made and were being made over the Easter weekend and beyond, to all manner of institutions by England Boxing [the police, military and others], in order to try and find a safe and secure location to stage the championships,” the statement said.

“The Easter leave period and the short time between being told we could not hold the championships and the competition itself made this very challenging and we were not successful but we have been trying incredibly hard for a solution now for nearly ten days.

“We are continuing to try.”

England Boxing have described the threat as “disgraceful” and that young boxers not being able to compete at the event is a “tragedy”.

“The fact that there has been a financial loss to clubs and to families is a tragedy,” the statement added.

“The fact that anyone might want to endanger life at a boxing event is beyond our understanding and if it's true it is disgraceful.

England Boxing chairman Caspar Hobbs has written to Sir Bernard Hogan Howe, head of the Metropolitan Police, in a bid to arrange a meeting and discuss the incident further.

The governing body are hoping to communicate an updated position in the near future, though the staging of the event at a different location remains uncertain.