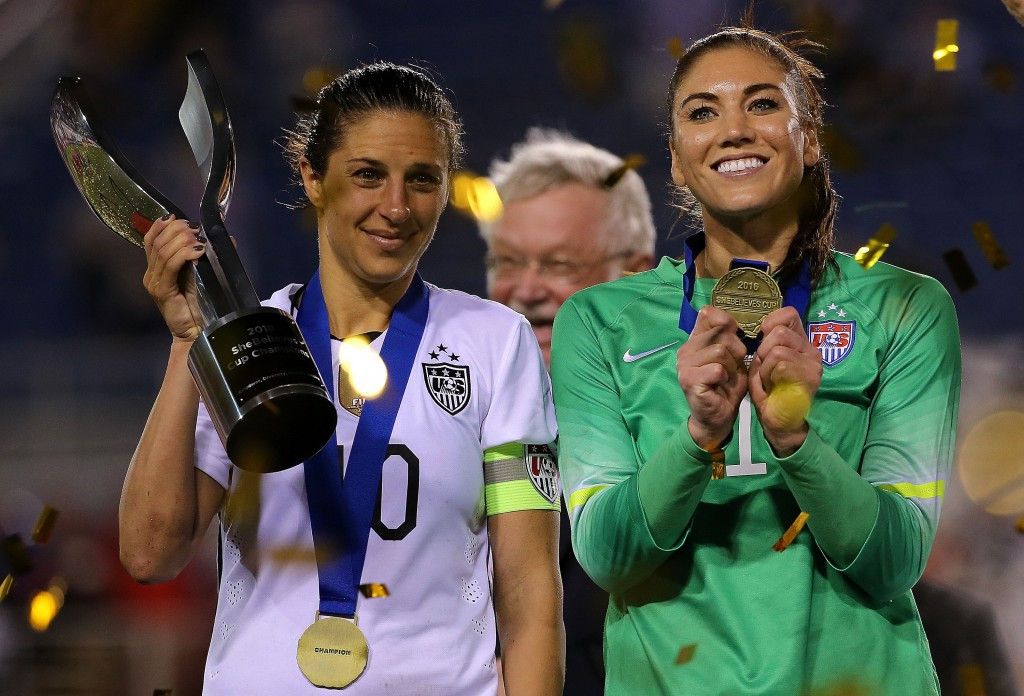 The row over equal pay for men and women in sport has deepened after five members of the United States’ women’s football team filed a federal wage discrimination complaint against US Soccer.

This comes despite the women’s team, winners of last year’s World Cup in Canada and the reigning Olympic champions, being far more successful than the men’s team and generating $20 million (£14 million/€18 million) more in revenue.

The five players allege that they are being treated unfairly compared to the men’s side, who can earn more in a year than the women regardless of achievements on the pitch.

“In other words, the women earned four times less than the men while performing demonstrably better,” the complaint reads.

“In this day and age, it’s about equality,” Solo said.

“We’re pushing for that.

“We believe now the time is right because we believe it’s our responsibility for women’s sports and specifically for women’s soccer to do whatever it takes to push for equal pay and equal rights.

“And to be treated with respect.”

Lloyd, who scored a hat-trick in last year’s World Cup final and was FIFA World Player of the Year in 2015, added: “I think the timing is right.

“I think we’ve proven our worth over the years.

“Just coming off a World Cup win, the pay disparity between the men and women is just too large.”

Although only five players are named in the lawsuit, Sauerbrunn insists the complaint has the backing of the whole team.

Jeffrey Kessler, the lawyer for the team, claims it is the “strongest case of discrimination against women athletes in violation of law that I have ever seen” and is confident of a successful outcome in the suit against US Soccer.

It comes after US Soccer filed a lawsuit against the United States’ Women's National Team Players Association in a row over a collective bargaining agreement, in a bid to stop the team striking before their appearance at the Rio 2016 Olympic Games.

The governing body for the sport in the nation said they were “disappointed” with the lawsuit from the five members of the women’s team.

“We are disappointed about this action,” said a spokesman.

“We have been a world leader in women’s soccer and are proud of the commitment we have made to building the women’s game in the United States over the past 30 years.”