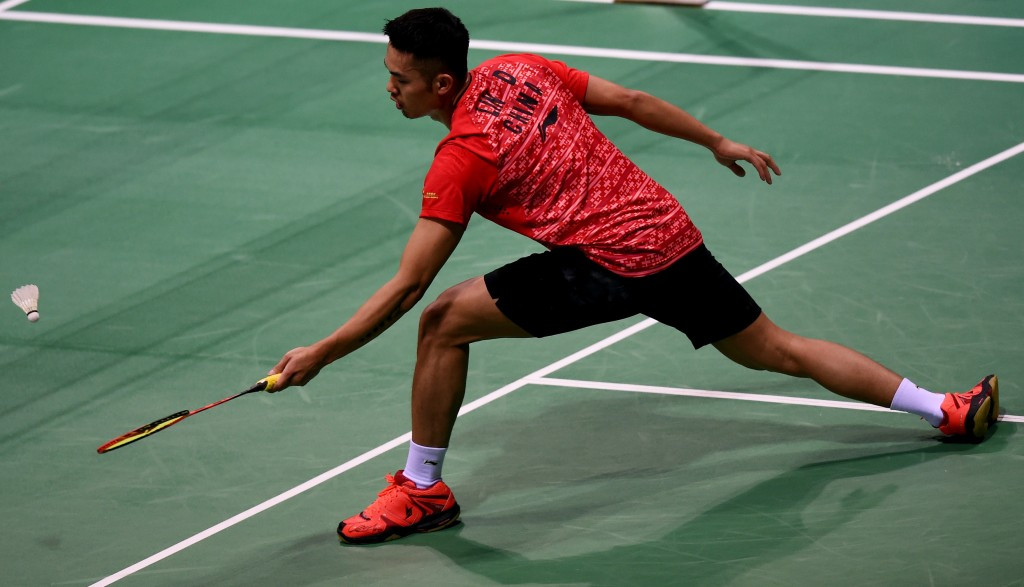 Wei’s straight-games win over Lee has earned him a last-eight encounter with Denmark’s Viktor Axelsen, a 21-18, 18-21, 21-16 victor against Indonesian veteran Sony Dwi Kuncoro.

Sukamuljo and Fernaldi go on to meet Chinese Taipei’s Chen Hung Ling and Wang Chi-Lin, who eased to a 21-19, 21-12 success against India’s Sumeeth Reddy and Manu Attri.

Another favoured Japanese pair, Misaki Matsutomo and Ayaka Takahashi, set up a clash with number eight seeds Eefje Muskens and Selena Piek of The Netherlands after staving off a late challenge from Bulgaria’s Gabriela Stoeva and Stefani Stoeva to triumph 21-12, 21-19.