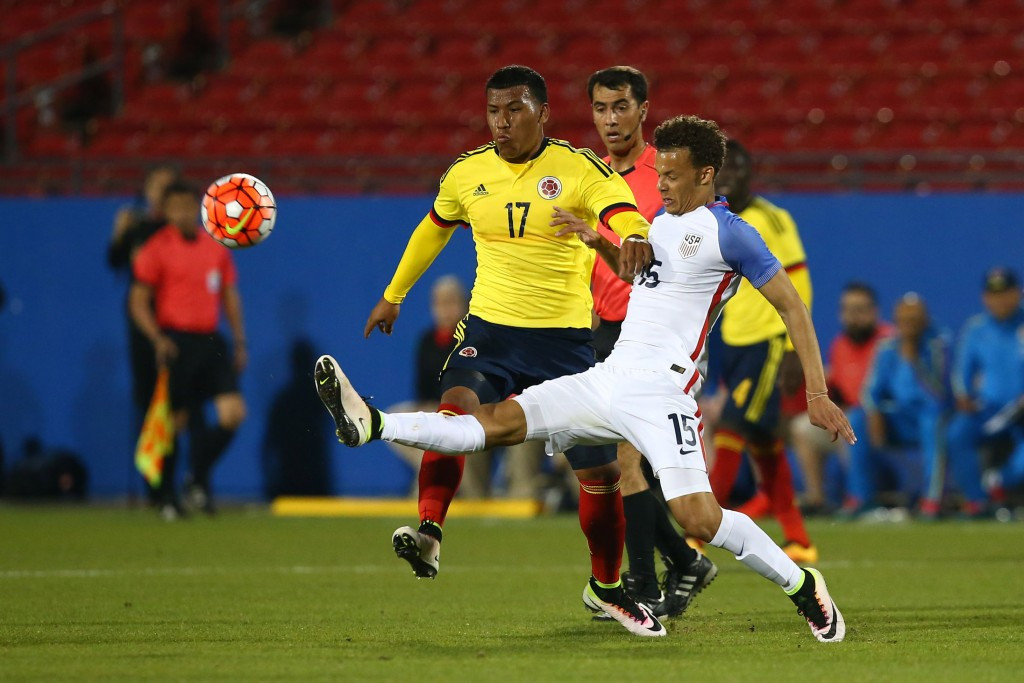 Colombia claimed the final men’s football place at this year's Olympic Games in Rio de Janeiro after beating the United States 2-1 at the Toyota Stadium Dallas to secure a 3-2 aggregate victory in the intercontinental play-off.

Following a 1-1 draw in the first leg in Barranquilla last Friday (March 25), Roger Martínez scored two goals to ensure Colombia qualified for the Olympics for the first time since Barcelona 1992.

The forward redirected Andrès Roa’s wayward shot past US goalkeeper Ethan Horvath to put his country ahead in the 30th minute.

An own goal by left-back Delver Machado brought the US back onto level terms just before the hour mark with the defender looping a header over goalkeeper Cristian Bonilla while attempting to clear a searching pass from Emerson Hyndman.

Machado recovered to have a hand in the winning goal, pushing forward before serving up a pass for Martinez, who eluded centre-back Tim Parker and slotted the ball past Horvath with his right foot in the 64th minute.

With the US now needing to score twice due to the away goals rule, frustration began to show and saw second-half substitute Luis Gil sent-off for a second yellow card.

Gil, who scored the US’s goal in the first leg, went into the referee Ravshan Irmatov's book after fouling Wilmer Barrios in the 77th minute and was then shown red for dissent.

Matt Miazga joined Gil in the 90th minute when he fouled Christian Borga just outside the penalty area to deny a clear goal-scoring opportunity.

It completed a miserable evening for the US as they missed out on Olympic qualification for a second consecutive Games.

"You dream about it [competing at the Olympics] since you were a little kid," said US forward Jordan Morris.

The US were drawn into the intercontinental play-off after finishing third in CONCACAF qualification, with Honduras and London 2012 gold medallist Mexico securing the region’s two guaranteed spots.

They beat Canada 2-0 in the third-place play-off after losing against Honduras by the same scoreline in the semi-finals.

Colombia qualified for the play-off by virtue of finishing runners-up behind Argentina at the 2015 South American Youth Football Championship.

The Rio 2016 Olympic football tournament is due to begin on August 4, with the final taking place on August 20.