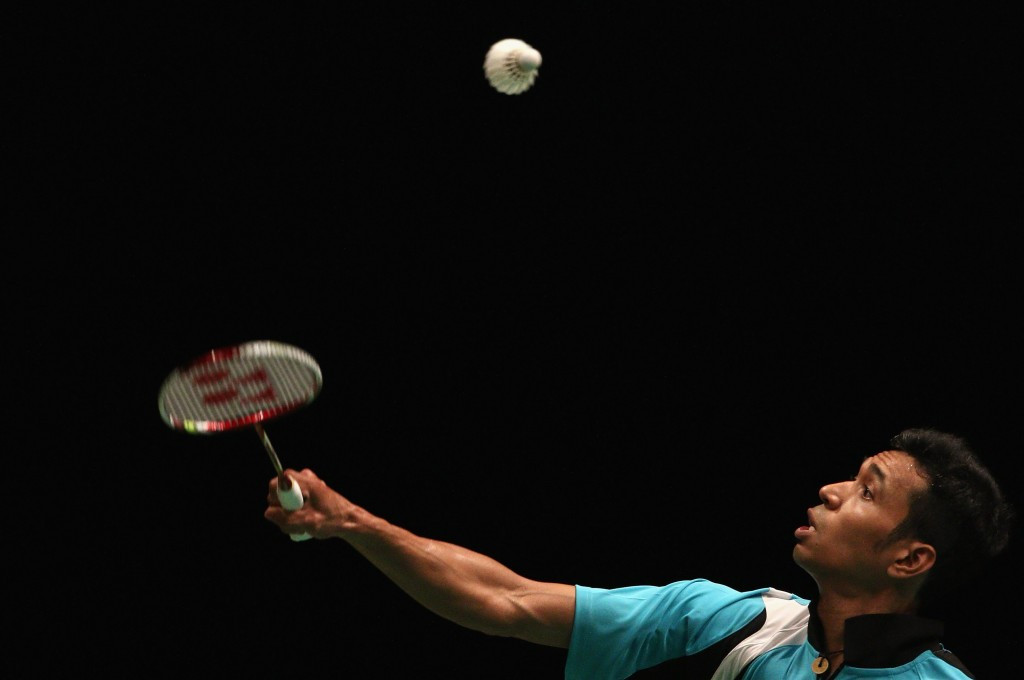 Men’s singles qualification second seed Zulfadli Zulkiffli of Malaysia was the highest-profile casualty at the first hurdle of the Badminton World Federation (BWF) India Open as he suffered defeat to Japan’s Kazumasa Sakai at the Siri Fort Sports Complex in New Delhi.

Zulkiffli, a double world junior champion and bronze medallist at last year’s Summer Universiade in Gwangju, was expected to progress through to tomorrow’s main draw but crashed out following a surprise loss to the Japanese player.

Sakai was in good form from the outset in a tournament that is part of the BWF World Superseries and moved to within one game of making the next round by taking the opener 21-18.

A response from the Malaysian never materialised as the Japanese player wrapped up victory by clinching the second game 21-17.

Sakai’s reward for reaching the main draw of the men’s singles competition is a meeting with top seed and two-time Olympic silver medallist Lee Chong Wei.

There was also a shock in the women’s singles qualification round as Nigeria Grace Daniels, seeded third, was beaten by India’s Gadde Ruthvika Shivani 21-16, 21-18.

The home hope had earlier overcome compatriot Vrushali Gummadi 21-9, 21-16 and Shivani will next take on sixth seed Wang Shixian of China.

There were no such problems for Indian duo Ketan Chahal and Deepak Khatri in the men’s doubles event as the qualification fourth seeds beat their team-mates Venkatesh Prasad and Jagadish Yadav, though it proved to be a hard-fought affair.

Chahal and Khatri claimed the first game 21-19 before their opponents hit back, levelling proceedings by securing the second 21-19 to send the match into a decider.

The fourth seeds held their nerve in a tense finale, sealing a main draw berth thanks to a 21-19 win in the third game.

The fifth seeds, South Korea’s Ko Sung-hyun amd Shin Baek-cheol,  await in the next round.

India’s duo Nimmi Patel and Saruni Sharma, seeded fourth in the women’s doubles qualification, are also through as they cruised to a 21-10, 21-8 success against compatriots Daksha Gautam and Seema Panchal.

They are due to face another Indian team in Gauri Asaji and Karishma Wadkar tomorrow.