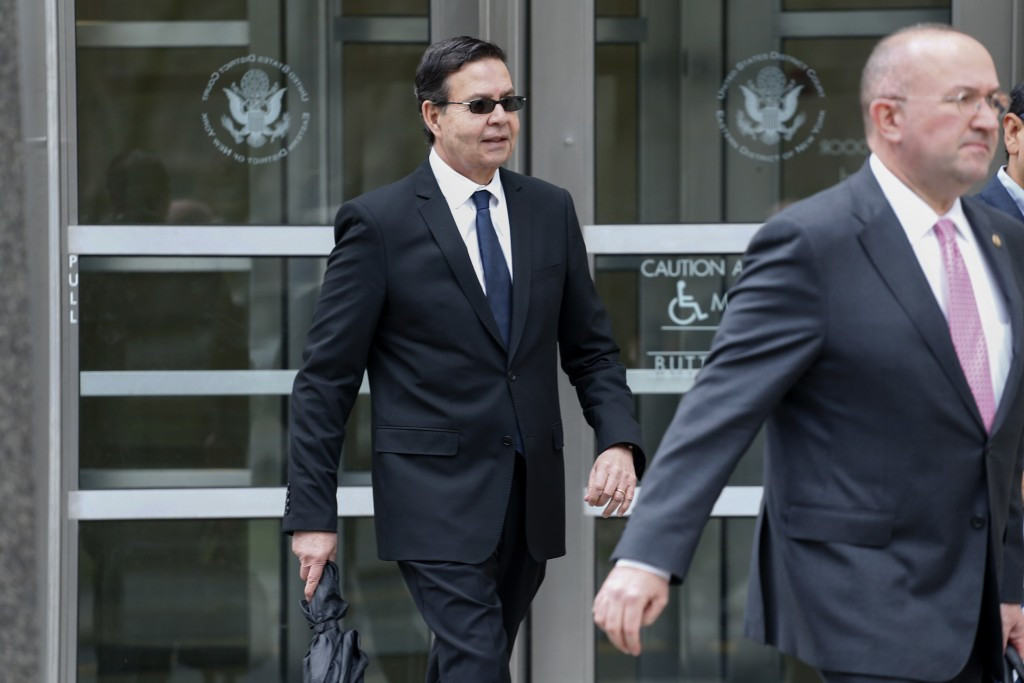 Former Honduran President Rafael Callejas has pleaded guilty to charges of racketeering conspiracy and wire fraud conspiracy in a New York City court today as part of the ongoing investigation into corruption within world football.

The 72-year-old, President of Honduras between 1990 and 1994 and was the former head of the National Autonomous Federation of Football of Honduras (FENAFUTH) for 13 years, admitted he had taken bribes in connection with the awarding of media and marketing rights for FIFA World Cup qualifying matches.

Each count against him carries a maximum penalty of 20 years in prison and Callejas is set to be sentenced in August.

According to the indictment, Callejas took bribes from Media World, an affiliate of Spain's Imagina Group based in Florida, in return for giving the company the rights to qualifiers for the 2014, 2018 and 2022 tournaments.

The Honduran told the court he had accepted "hundreds of thousands" of dollars, a large amount of which was used to ensure he kept his role as President of FENAFUTH.

"I knew that it was wrong for me to ask for and accept such undisclosed payments," he said.

He was one of 16 officials indicted by the American Department of Justice (DOJ) and agreed voluntarily to be extradited to the United States to face charges in December.

Callejas had initially denied bribery charges at the Federal District Court in Brooklyn that same month.

He was then placed under house arrest pending another appearance in court.

The continuing criminal investigation largely centres on a total of $200 million (£140 million/€179 million) in bribes and kickbacks, which were solicited and received by various football officials concerning marketing and broadcast rights.

The probe, led by the DOJ, has already seen 42 officials and entities indicted and a total of 16 have pleaded guilty.

Earlier this month, world football's governing body, reeling from the worst scandal in its history, announced it will attempt to reclaim "tens of millions of dollars" from corrupt members and other football officials in a move that saw the organisation essentially admit there were those under its own roof who are guilty of corruption and bribery.

FIFA submitted documents to US authorities after claiming that the cash had been "pocketed" illegally.