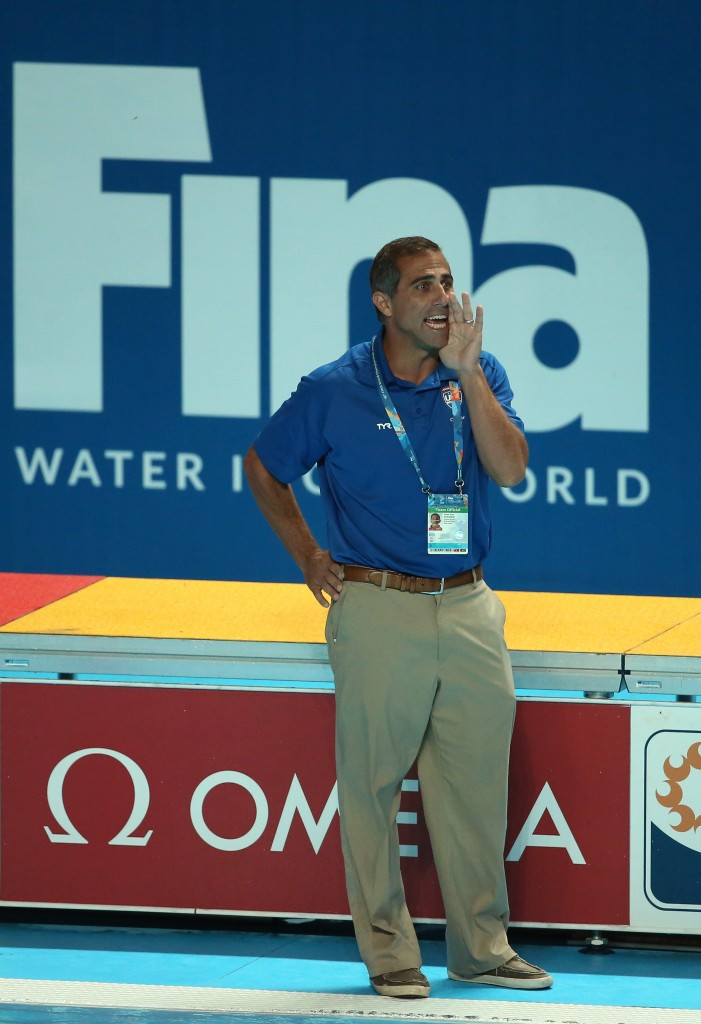 The United States won the Women's Water Polo Olympic Games Qualification Tournament with an 11-6 victory over Italy in the final in Gouda today, despite head coach Adam Krikorian being ejected from the game.

Krikorian was given a red card for arguing with the officials with just moments left in the first half, with the score tied at 5-5.

If anything, his absence seemed to spur on his players as they dominated the final two quarters, scoring six more times and conceding just once.

The Americans, the Olympic and world champions, can now head into the Rio 2016 Olympics in good spirits after adding another trophy.

Makenzie Fischer top-scored for the victors with a hat-trick but Italy, the Athens 2004 Olympic champions, had the consolation of knowing that they had already qualified for Rio along with the two beaten semi-finalists.

Russia and Spain met in the bronze medal match with the former winning 10-4, although both countries had also qualified for the Games.

"First of all, it was a red card," said Krikorian.

"Second, the girls are much better without me.

"I watched the game from the video room and even the guys there making the streaming noted that the team played way better without me.

"We were much better defensively in the second half and that was the difference.

"We gave up four goals in the first quarter and one in the entire second half.

"We were much better in shot-blocking, much more active.

"In many ways we didn’t consider the last two games as part of the tournament, players, coaches are tired after eight games, we are happy that we played the first half of the tournament well and we accomplished our goal.