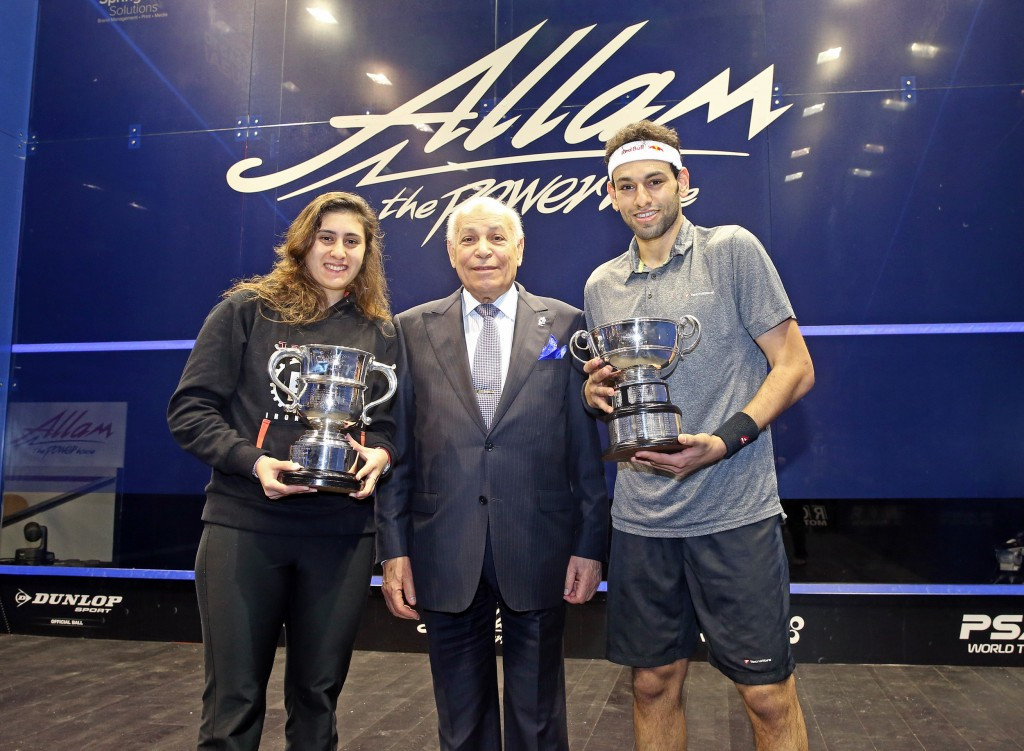 All four finalists at the Professional Squash Association (PSA) World Series event were from Egypt with Elshorbagy ending a four-match winless streak against rival Ramy Ashour.

His victory means the 25-year-old, twice a runner-up at the World Championship, has now won five World Series titles in a row.

Ashour's movement looked to be impeded as his compatriot cruised to the first two games before a tighter third.

"It’s been a crazy season for me," said Elshorbagy.

"Last season, when I won four World Series titles, I was telling my mother and my brother that I didn’t know how I was going to keep up with that next season but I’ve won five already so this is a dream for me.

"I’m just really proud of what I have been achieving this season.

"I have to be thankful to my team, they are the ones that are keeping my body healthy because our matches are just something different.

"We give something different to our sport and I really hope we keep playing for the future and we have such a great rivalry."

She becomes the second youngest winner of the tournament at 20-years-old, only behind New Zealand's Susan Devoy who was a fraction younger in 1984.

"It was a really tough match," said El Sherbini, who also becomes the first Egyptian winner of the women's British Open.

"Nouran is just 18 and she brought out all of the squash I had today.

"I really had to do all I could to win, it was really close.

"I’m really proud to be representing Egypt anywhere so to be the first Egyptian to win the British Open is a huge thing for me.

"I’m really proud to be one of the four finalists today.

"I’m really happy that Egypt is proud of me and I want to keep making them proud."