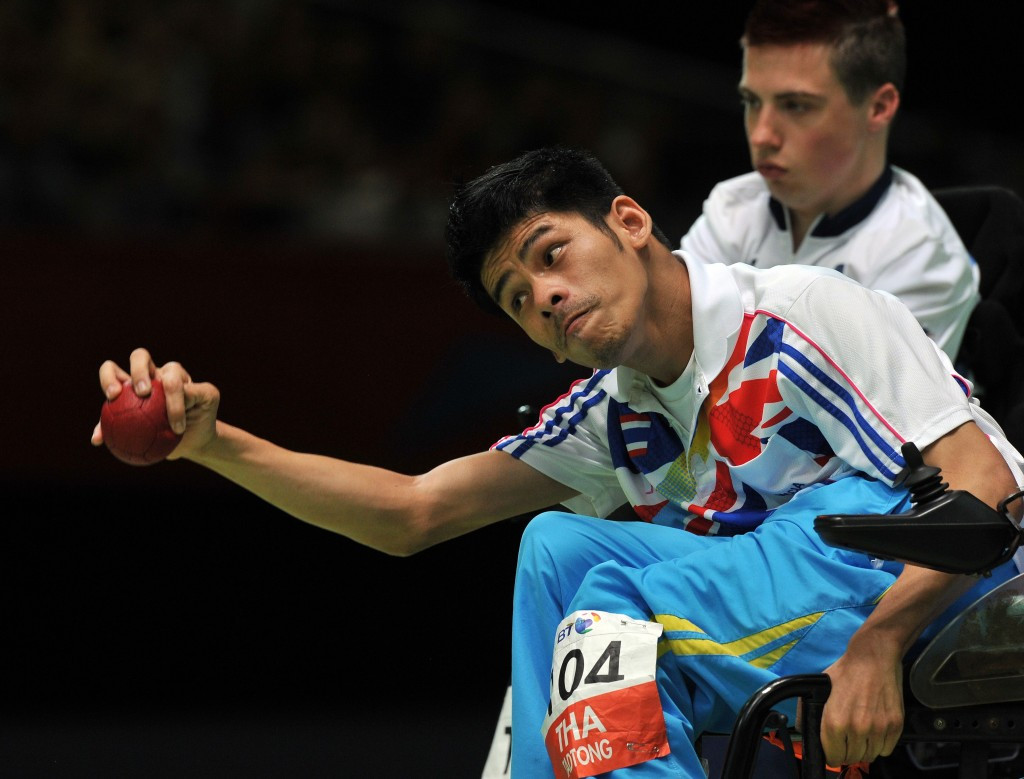 Pattaya Tadtong claimed the BC1 title after defeating Witsanu Haudpradit in an all-Thai final at the International Sports Federation (BISFed) World Individual Boccia Championships in Beijing.

Tadtong, the reigning Paralympic champion, eliminated the defending champion David Smith in his semi-final clash at the China Administration Sports for Persons with Disabilities venue.

Following his 8-0 victory over the Briton, Tadtong set up a gold medal match with Haudpradit, who had beaten Greece’s Panagiotis Soulanis 7-1 in his last four tie.

Having taken a 3-0 lead early in the final, Tadtong was forced to fend off a fightback by his compatriot to eventually claim the gold with a 4-2 win.

Smith won the bronze medal after overcoming Soulanis by the same scoreline.

A second Thai title was earned by Worawut Saengampa as he thrashed China’s Yan Zhiqiang 7-4 in the BC2 classification final.

Saengampa had stormed into a 7-0 advantage in the early stages and was able to hold on, despite the home favourite threatening a comeback.

Kazuki Takahashi saw his superb week come to an end with a comprehensive defeat in the BC3 final, the Japanese player losing 9-0 to South Korea’s Howon Jeong.

An all-South Korean bronze medal contest went the way of Hansoo Him, who defeated Yejin Choi 7-0.

The home crowd were denied the chance to celebrate gold in the BC4 class when Zheng Yuansen fell to a 4-3 defeat to Britain’s Stephen McGuire.