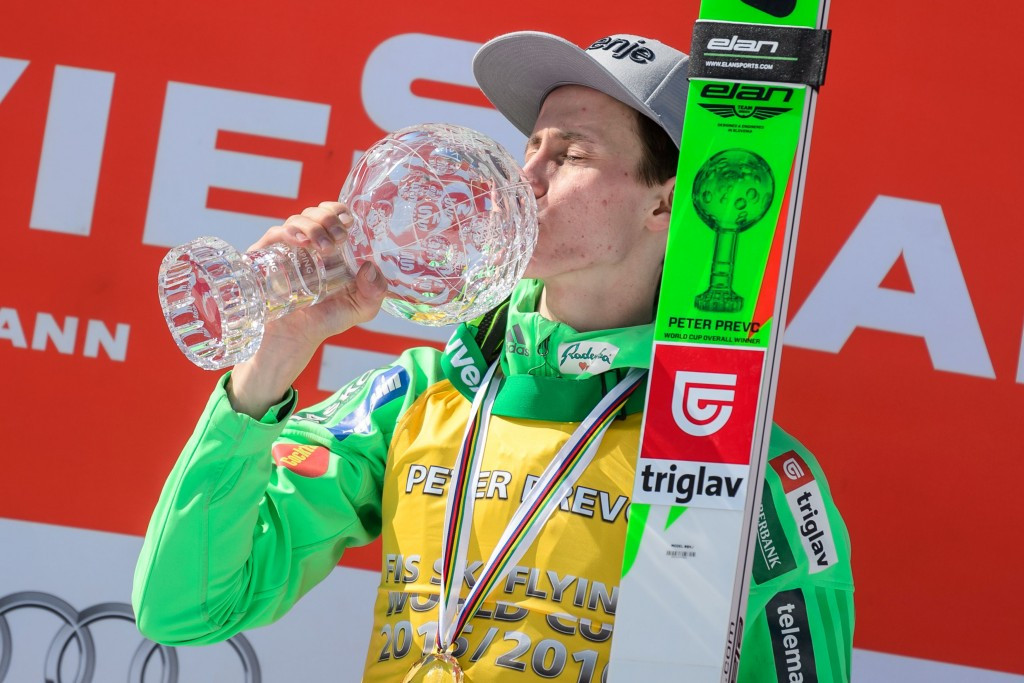 His victory was his 15th of the season - a record - and saw him back up his success in the first individual competition in Planica on Thursday (March 17).

Today he leaped 234m and 233m for 420.4 points, which was enough to push Norway's Johann André Forfang into bronze.

Slovenian coach Goran Janus cried tears of joy at the end of a season which also saw Prevc win the prestigious Four Hills tournament as well as the Ski Flying World Championship and World Cup.

It was a day of celebration for the country, with Kranjec donning an eagle costume at one stage amid a party atmosphere.

Prevc finishes the overall World Cup season on 2303 points, a record tally which beat the 2009 record of Austria's Gregor Schlierenzauer, who managed 2083.

Germany's Severin Freund and Norway's Kenneth Gangnes were second and third, on 1490 and 1348 points respectively.