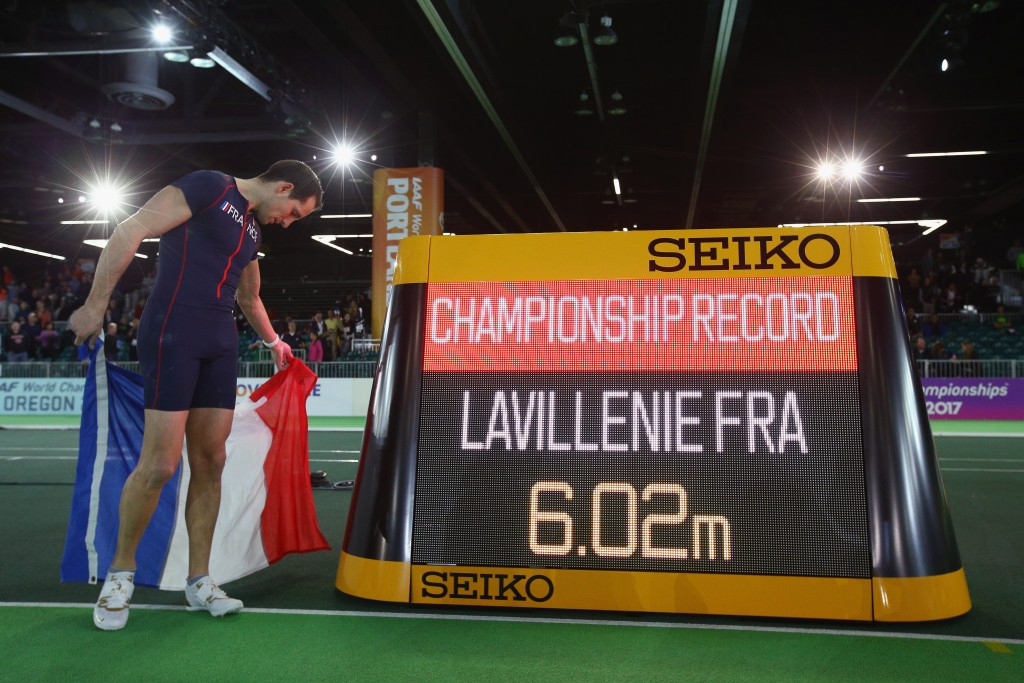 The Frenchman, winner of the World Indoor title in 2012 but who missed the 2014 edition through injury, passed through the opening three rounds before entering the competition at 5.75m.

He then skipped the next two heights before sealing gold with a first-time clearance at 5.90m.

Lavillenie made it three clearances from three attempts, clearing 6.02m.

He then had three unsuccessful efforts at 6.17m, a height that would have added a centimetre to the world record he had set in 2014.

“For the world record, I have to put everything in good order and it is not very easy,” he said.

“I am very happy to first of all take the win - for the world record, I have plenty of time for that.”

There was further  US success in the women's event when Jennifer Suhr cleared 4.90m in front of a home crowd.

She beat team-mate Sandi Morris, who had defeated Suhr last weekend at the same venue in the US Championships, but who had to settle for second place this time around.

Suhr initially asked for the bar to be raised to a would-be world indoor record of 5.04m, only to abandon the attempt.

For the first time ever in a women’s pole vault competition, four women went over 4.80m.

Stefanida was awarded the bronze medal on countback.

The event, attended by IAAF President Sebastian Coe, is taking place in the absence of Russia, who remain suspended by the world governing body following allegations of systemic and state-sponsored doping.

Action is due to begin on the track tomorrow.