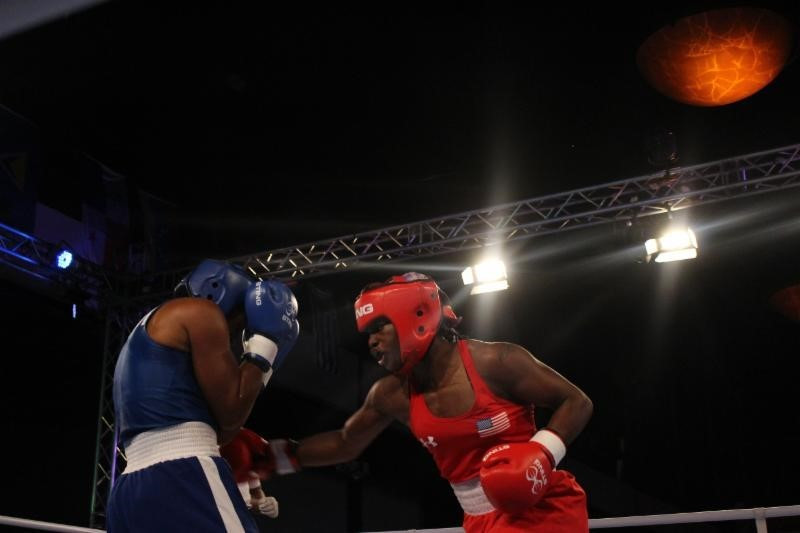 Four American boxers have secured their places at the Rio 2016 after reaching finals at the American Olympic Qualification Event at the Predio Ferial la Rural de Palermo in Buenos Aires.

Reigning Olympic 69 to 75 kilogram middleweight champion Claressa Shields had been expected to cruise through to Rio 2016 as she seeks to defend the title she won four years ago when women's boxing made its debut on the Olympic programme.

The top seeded fighter lived up to those expectations as she earned a unanimous points victory over the Dominican Republic’s Yenebier Guillen Benitez, to mark her 21st birthday in style.

Shields, winner of the Pan American Games gold in Toronto last year, will face Canada's Ariane Fortin-Brochu in the final after she sealed her spot at Rio 2016 by winning via a split decision verdict against Brazil’s Andreia de Oliveira Bandeira.

America’s rising under 56kg bantamweight star Shakur Stevenson will join Shields on the US team for Rio 2016.

"It feels good knowing that all my dreams have good true and all my hard work has paid off,” he said.

“I saw a couple of close decisions that I felt were given away so my main point of this fight was to make sure that nothing was close and there was no way for them to give it to the other guy.

"When I was younger, I was watching the 2012 Olympics and they didn't do so well and I decided that I wanted to be the one to put the United States back on top.

"I definitely plan to capitalise on this opportunity."

He will now face Yurberjen Martinez Rivas after the Colombian earned a unanimous points win over the Dominican Republic’s Victor Santillan Perez.

Mexico’s Misael Rodriguez Olivas joined Conwell in the final after the judges awarded him victory over Ecuador’s Marlo Delgado Suarez.

Cuba’s Erislandy Savon, a star of the World Series of Boxing 91kg event, dominated his contest with Brazil’s Juan Goncalves Nogueira to win unanimously on points.

Argentina’s Yamil Peralta Jara will contest the final after winning comfortably on points against the United States’ Cam F. Awesome

In the African Olympic Qualification Event in Yaoundé, Algeria’s Reda Benbaziz triumphed in the under 60kg lightweight semi-final at the at the Paposy boxing venue in Yaoundé.

The top seed defeated Seychelles’ Andrique Allisop on all three of the judges’ scorecards to reach the reach Rio 2016.

He will now meet Mahmoud Abdelaal, the Egyptian earning a technical knockout win over Tunisia’s Alaa Shili in his semi-final.

Nigeria’s Efe Ajagba booked his spot in the final by earning a knockout win over Tunisia’s Aymen Trabelsi.

All the finalists in both Buenos Aires and Yaoundé qualify for Rio 2016.