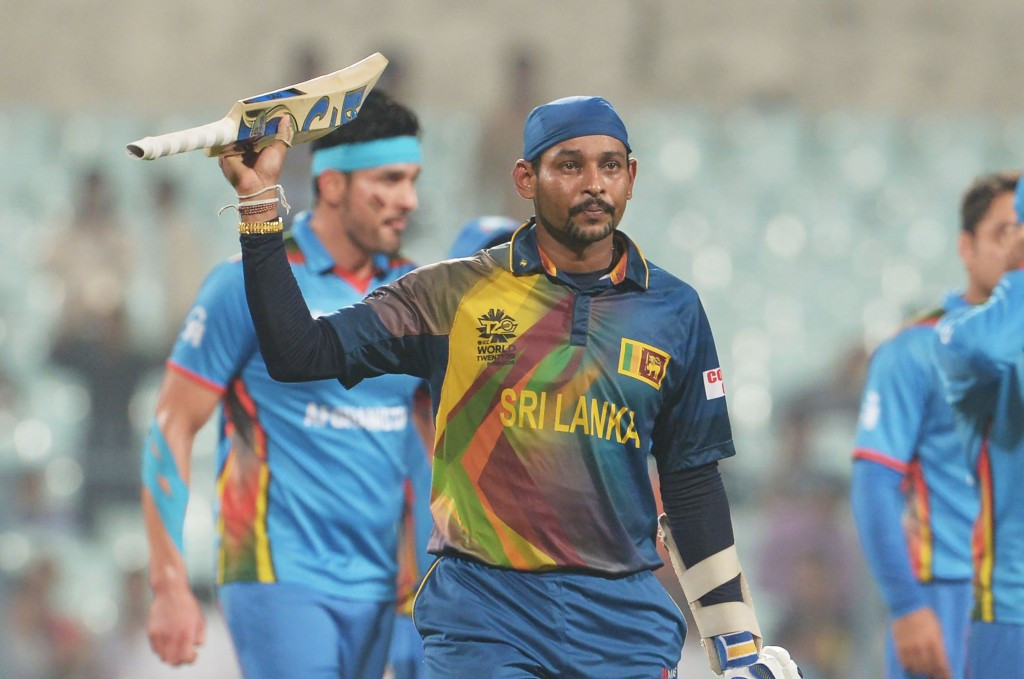 The Afghan side, the clear underdogs against their powerhouse opponents, were expected to roll over in the group one Super 10s clash but posted a decent total of 153-7 at Eden Gardens in Kolkata.

Skipper Asghar Stanikzai led the way with a knock of 62 before he became one of three victims to fall to Thisara Perera.

Dilshan's innings was key to the Sri Lankan reply as he blasted eight fours and three sixes in his knock, while facing just 56 balls.

Angelo Mathew's unbeaten 21 was the next highest score for the victors which proved the importance of Dilshan.

Minnows Afghanistan, who had to come through the preliminary round stage to reach the super 10s phase where the elite countries came in, were made to regret fielding errors which gave their opponents let-offs on three occasions.

But they will go into their remaining fixtures in good spirits after making a contest of it against the winners of the last edition.

In the women's competition, England eased past Bangladesh by 36 runs after their total of 153-7 in Bangalore.

This included 60 from opener and captain Charlotte Edwards, who then saw her side restrict their opponents to 117-6.

In group two Australia will meet New Zealand and in the women's competition, the Kiwis will play Ireland in Group A.