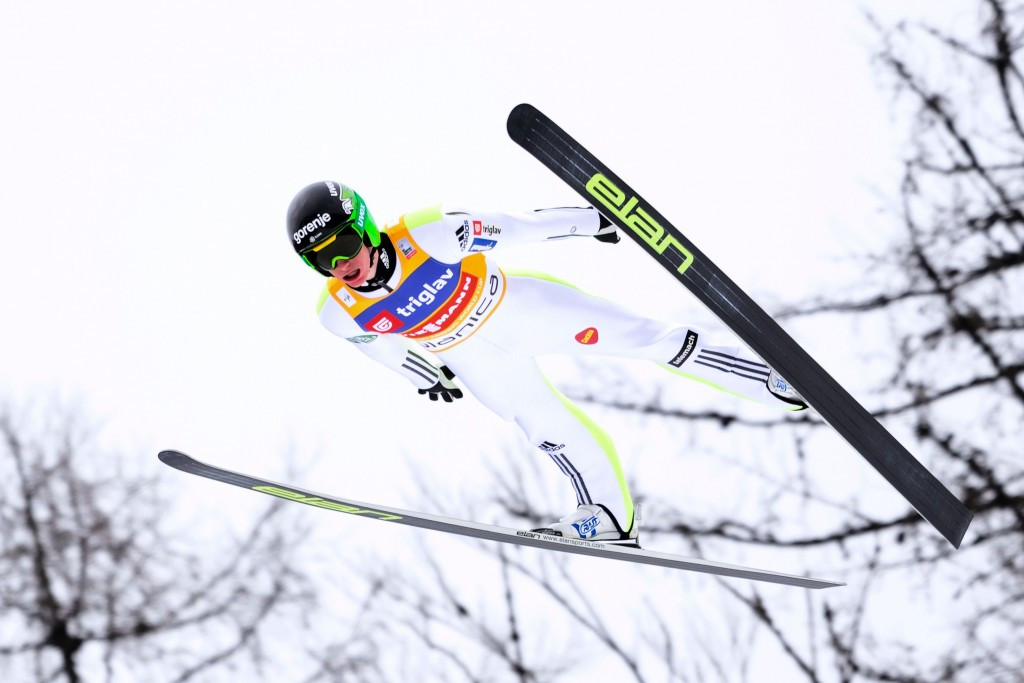 The Slovenian won the ski flying event on his home hill with efforts of 223 metres and 232.5m, giving him a winning tally of 426.5 points.

His triumph saw the 23-year-old become the first ski jumper to win 14 competitions in a single season while his 2123 points on top of the overall standings is also a record.

"It's important for me that I can jump on a high level and I'm very glad that I could make the 20,000 fans happy today."

Prevc, who also won the Four Hills competition and the Ski Flying World Championships this season, is now closing in on the overall Ski Flying title.

He currently leads the way with 350 points ahead of Johann Andre Forfang of Norway who has 228 and Robert Kranjec of Slovenia who sits on 220.

Forfang, who took his first ever win in the World Cup last weekend in Titisee-Neustadt, jumped 226m in both rounds today and was second overall on 419.0 points.

Kranjec was third after backing up his opening 223m with a mammoth 241.5m, the longest jump of the day.

That scored him 414.0 points and meant there were two Slovenians on the podium in front of the huge crowd.