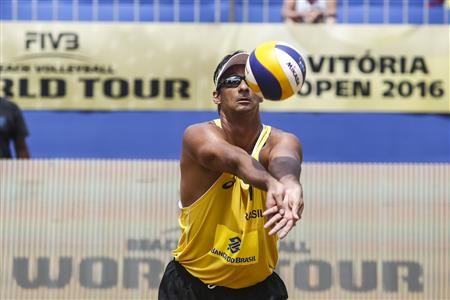 The duo had secured their maiden World Tour title when they triumphed at last week’s Rio Grand Slam event and their standards showed no sign of dipping as they got their Pool H campaign underway.

Grant O’Gorman and Sam Pedlow were hoping to provide them with an early test and the Canadian pairing were able to force a deciding set in their encounter by winning the second 21-16, having lost the opener by the same scoreline.

Ultimately their rivals came through the contest by triumphing 17-15 in a tightly fought third and final set of the match.

The Poles' perfect day was completed by achieving a 22-20, 21-14 win over Qatar’s Jefferson Santos Pereira and Cherif Younousse to head into tomorrow’s final pool match knowing a third victory will give them top spot.

They followed up the triumph by brushing aside Italy’s Matteo and Paolo Ingrosso 21-15, 21-19 to move to the top of Pool A standings.

The German duo were bronze medallists at the Rio Grand Slam and looked on course for victory by winning the opening set 21-13, but their rivals hit back to claim the remaining sets 21-17, 19-17 against the third seeds.

“That team was just on the podium last week, so we knew we had to come out really hard.

“It’s kind of nice being the underdog in the pool, I would hope there are expectations, but we knew once we got a chance in the main draw, there is no turning back.”

Competition is scheduled to continue tomorrow, with the Open taking place until Sunday (March 20).