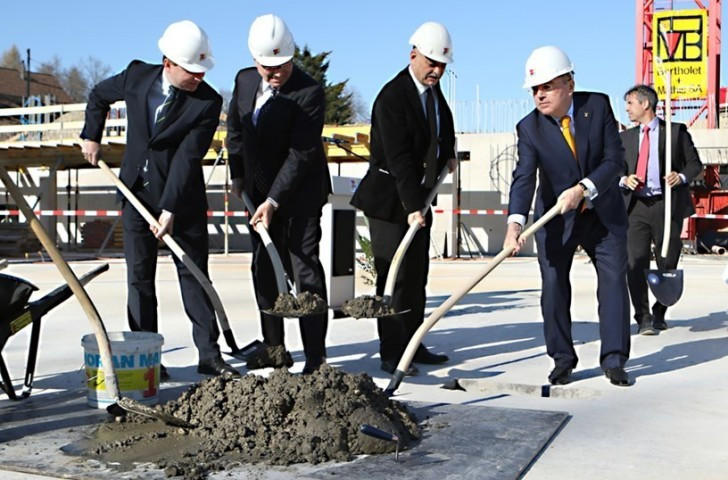 Members of the public are being asked to help fund the under-construction World Archery Excellence Centre in Lausanne.

The governing body has set up a crowdfunding website with the project now in its final stages.

In return for donating money, contributors have the opportunity to have their names displayed on a "wall of honour" at the outdoor shooting range.

There is also the chance to receive exclusive memorabilia and sponsor trees and archery targets.

Building the centre was a long-term dream of World Archery's Honorary President James Easton, who led the organisation from 1989 to 2005 and was also a vice-president of the International Olympic Committee.

Current President Uğur  Erdener took on the aspirations of the American with plans first beginning to take shape in 2009.

Ground was eventually broken at a chosen site in the north of Lausanne in late 2014, with the centre set to open after this year's Olympic Games in Rio de Janeiro.

Erdener then laid the first stone himself in April 2015, alongside IOC President Thomas Bach.

It will include world-class indoor and outdoor ranges for international athletes to train for future Olympic Games.

The logo for the centre was unveiled in December.

“So we wanted to give the global archery community, as well as the sport and local communities in Lausanne, the chance to be involved in the project.

“Any money we raise will be invested in making the inside of the centre as welcoming and comfortable for athletes as it can be.”

Contributions towards the Centre have already been made by Easton Foundations, SporToto, the Canton of Vaud, the city of Lausanne and the Foundation for Sport in Vaud.