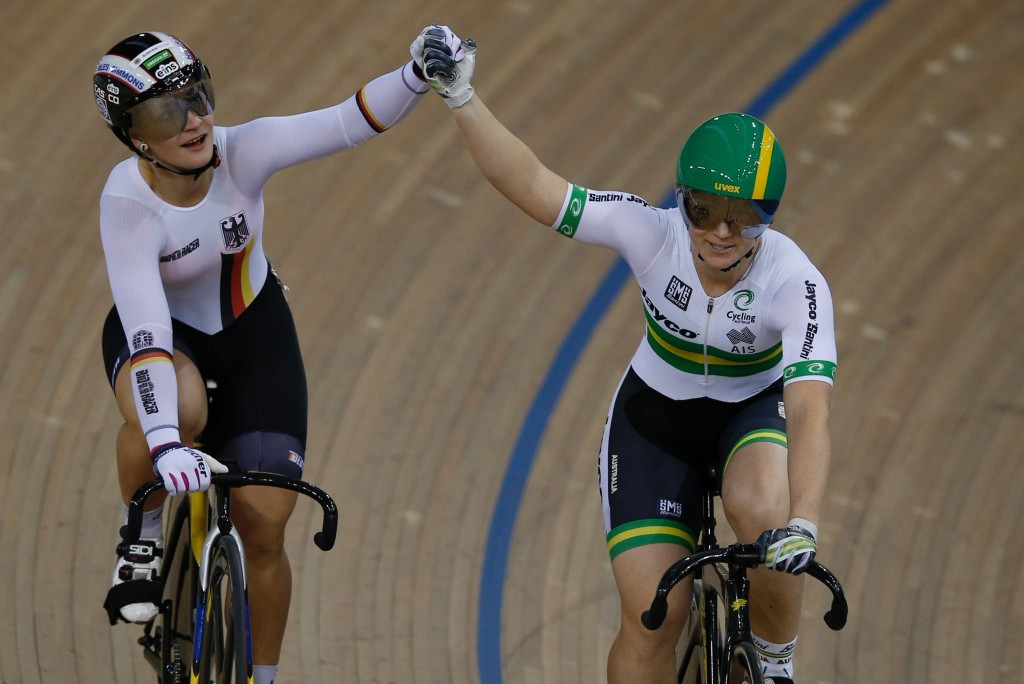 Australia, Germany and New Zealand have received a full quota of riders for the Rio 2016 Olympic track cycling competition, the International Cycling Union (UCI) have revealed.

The allocations have been awarded following the completion of the UCI’s qualification window, from 2014 to 2016, which concluded with the Track Cycling World Championships earlier this month in London.

Track rankings were calculated through the two editions of each continental championship, the last two years of the Track Cycling World Cup and the 2015 and 2016 editions of the World Championships.

The top nine ranked nations in the team sprint, sprint, keirin and team pursuit events have all been granted quota places, while the top 18 nations in the omnium standings have received a spot.

With a maximum number of quota places per continent, some nations have missed out on berths in events due to their continent having reached their limit.

Due to their strong performances Australia, Germany and New Zealand have been able to secure the maximum number of spots in each of the events.

It will enable them to field two riders in the sprint and keirin events, having qualified teams in both team sprint competitions.

Britain, who finished top of the medals table at the London 2012 Olympic Games, have missed out on a place in the women’s team sprint.

It followed them finishing as the sixth place nation in the standings, with a maximum of five European quota places available in the team sprint.

Having missed out on a spot, they will also be able to field only one athlete in the women’s keirin, but have a reserve place in the event if another nation is unable to take up their spot.

Canada’s strength in the women’s programme is displayed by the nation having secured a maximum allocation, however they will only be represented on the men’s side in the keirin event.

China have also achieved a full allocation for women’s events, while the Netherlands achieved places for every event, apart from the women’s team pursuit.