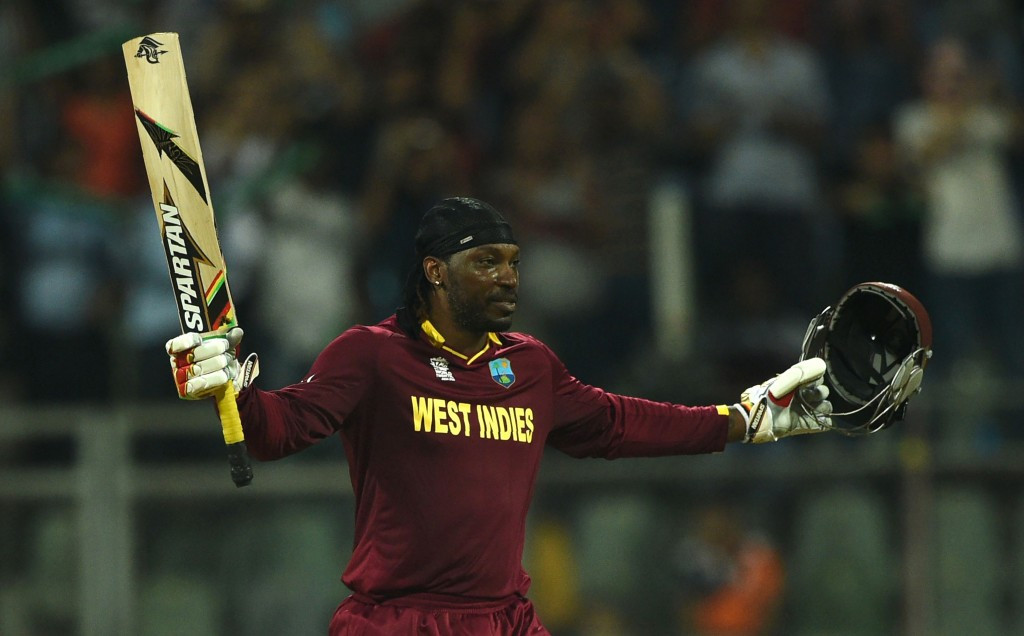 Both teams were making their tournament debuts in the Super 10s phase at the Wankhede Stadium in Mumbai and it was the Jamaican superstar who once again stole the show.

England posted a competitive looking 182-6 when asked to bat but it was nowhere near enough after master-blaster Gayle began to get going.

The 36-year-old, one of the true superstars of his sport, finished unbeaten on exactly 100 from 48 deliveries, with his innings including five fours and a mammoth 11 sixes.

His fireworks rammed home the fact that none of the English batsmen were able to post a monster score in their innings, with Joe Root top-scoring on 48 as the order failed to build on positive starts.

David Willey removed West Indies opener Johnson Charles with the second ball of the innings, caught by Moeen Ali, but from then on it was the Gayle show as his side romped home with 11 balls to spare in the group one clash.

In group two, Pakistan beat Bangladesh by 55 runs after posting a huge first innings total of 201-5 at Eden Gardens in Kolkata.

Mohammad Hafeez made 64 and Ahmed Shehzad 52 and Bangladesh were then restricted to 146-6.

In the women's competition, West Indies edged past Pakistan by four runs in Chennai.

The West Indian total of 103-8 seemed below par, with Anam Amin taking 4-14 for Pakistan.

However, it proved to be enough as Pakistan could only finish on 99-5.

Defending men's champions Sri Lanka will begin their defence tomorrow against Afghanistan in group one, at Eden Gardens.

England will meet Bangladesh in Bangalore in the women's competition.