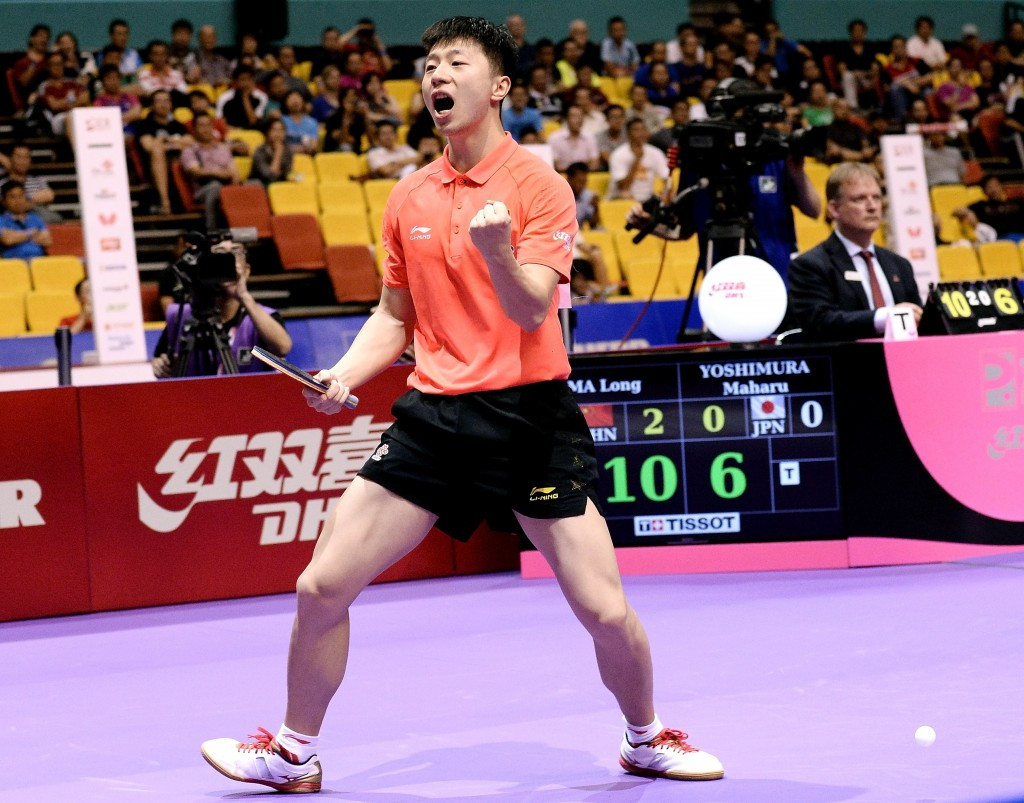 The event, taking place in the Gulf nation despite Kuwait's ongoing suspension from the International Olympic Committee (IOC), will mark the first time the quartet have competed since they combined to win a dominant gold at the World Team Championships in Kuala Lumpur earlier this month.

All four have won past editions of the Kuwait Open.

Japan's Jun Mizutani also returns after winning in 2012, while Belarus' Vladimir Samsonov will look to roll back the years and reproduce the form that saw him beat three members of the Chinese team, including Ma Long, to win the 2008 event.

Taiwan's Chuang Chih-Yuan and Germany's Dimitrij Ovtcharov, returning to the circuit after missing the World Team Championships through injury, are also included in a strong international line-up.

China's defending champion Li Xiaoxia will be seeking a fourth title in the women's singles competition.

Action in the main draw is set to begin on Friday (March 18) following two days of qualification.

This began today with pre-rounds of the women's singles as well as the opening stages of competition in male and female under 21 events.