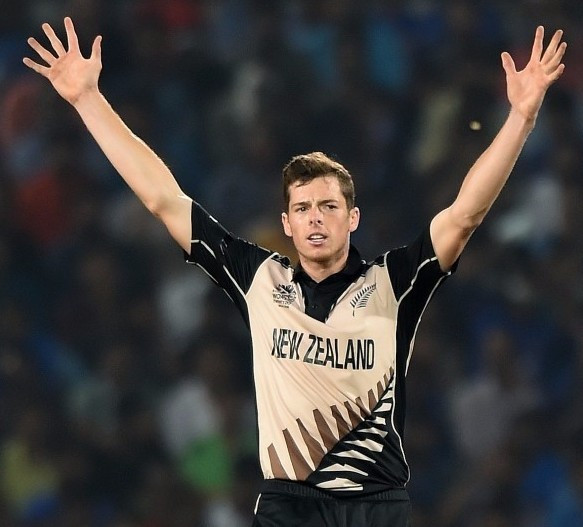 The Kiwis won the toss and opted to bat at the New VCA Stadium, which featured a dry pitch best suited for the spinners.

With this in mind, New Zealand's best pace bowlers Tim Southee and Trent Boult were left out with spin trio Nathan McCullum, Mitchell Santner and Ish Sodhi all included as part of the attack.

Even so, the Kiwi total of 126-7 still seemed below par against a host nation who are among the favourites for the tournament.

With T20 cricket known for its big hitting and quick runs there was little sign of any carnage, aside from Martin Guptil hitting Ravichandran Ashwin for six from the very first ball.

Guptil was trapped leg before wicket  by Ashwin the very next delivery and New Zealand also lost skipper Kane Williamson and Colin Munro cheaply to slump to 35-3.

Corey Anderson's 34 mounted a slight recovery, as did wicketkeeper Luke Ronchi's 21 from 11 balls, but few would have put the run-chase beyond the Indians.

That is what happened, however, as a stunned home crowd saw their side collapse to 39-5 as the spin trio ripped through the order to take control of the group two clash.

Santner finished with superb figures of 4-11as only skipper MS Dhoni provided any resistance for India with a run-a-ball 30.

His side were eventually bowled out for an embarrassing 79.

Group one is due to begin tomorrow with England facing West Indies at Wankhede Stadium in Mumbai.

The women's World Twenty20 also began today with India enjoying better luck after their 163-5 against Bangladesh at the M. Chinnaswamy Stadium in Bangalore.

They came home by 72-runs in the Group B game after restricting their opponents to 91-5.

The Kiwis restricted Sri Lanka to 110-8 and chased down the target after 15.5 overs.

Tomorrow is scheduled to see West Indies play Pakistan at M. A. Chidambaram Stadium in Chennai.