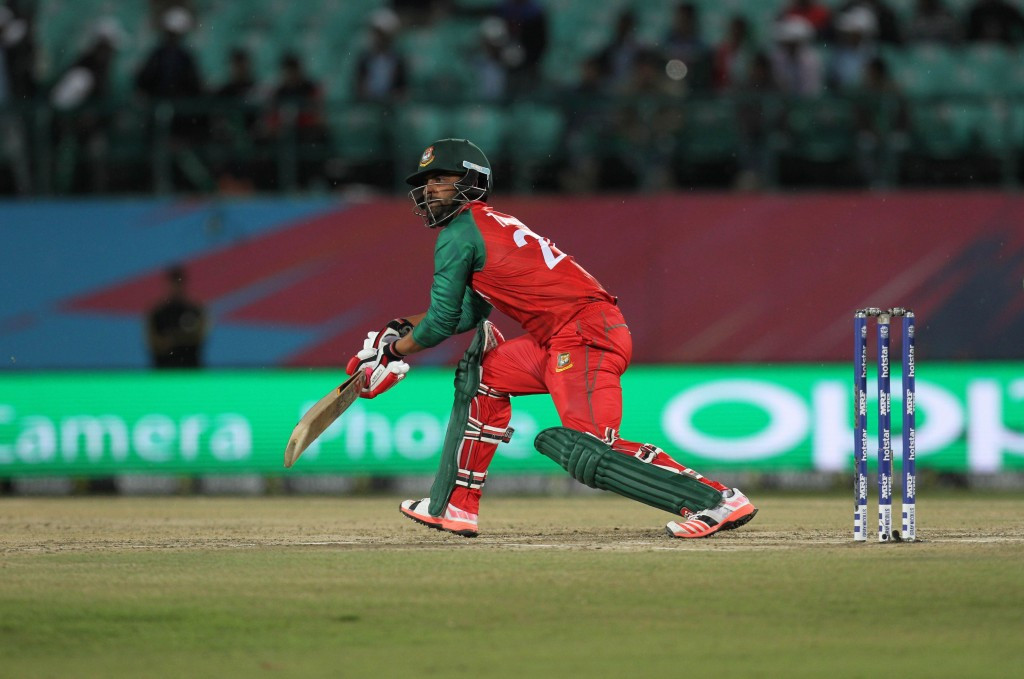 A magical century by Tamim Iqbal fired Bangladesh into the Super 10s phase of the International Cricket Council (ICC) World Twenty20 at the expense of underdogs Oman.

The opening batsman finished unbeaten on 103 from just 63 deliveries with his innings, after Oman had elected to field, including 10 fours and five sixes.

It was the first century for Bangladesh in this format of the game and helped propel his side to 180-2 in the Group A clash at the Himachal Pradesh Cricket Association Stadium in Dharmasala.

The fixture was a shoot-out for a place in the Super 10s with only one place in the next round available from the group.

Bangladesh were always favourites to progress and the test nation were far too strong for surprise package Oman, eventually winning the rain affected clash by 54 runs via the Duckworth/Lewis method.

The rain meant Oman, who shocked Ireland earlier in the group to remain in Super 10s contention, faced a revised target of 120 from 12 overs.

They were always someway adrift and wickets tumbled as they collapsed to 65-9 at the close.

All-rounder Shakib Al Hasan enjoyed a good day with the ball for Bangladesh as he finished with figures of 4-15.

In today's other Group A fixture at Dharmasala, The Netherlands beat Ireland by 12 runs under the Duckworth/Lewis method.

Rain meant that only a six over game was possible, with the Dutch scoring 59-5 before restricting the Irish to 47-7.

The match was a dead rubber as both countries were already out.

The opening Super 10s game will be played on Tuesday (March 15) when India will entertain New Zealand at Nagpur's New VCA Stadium.