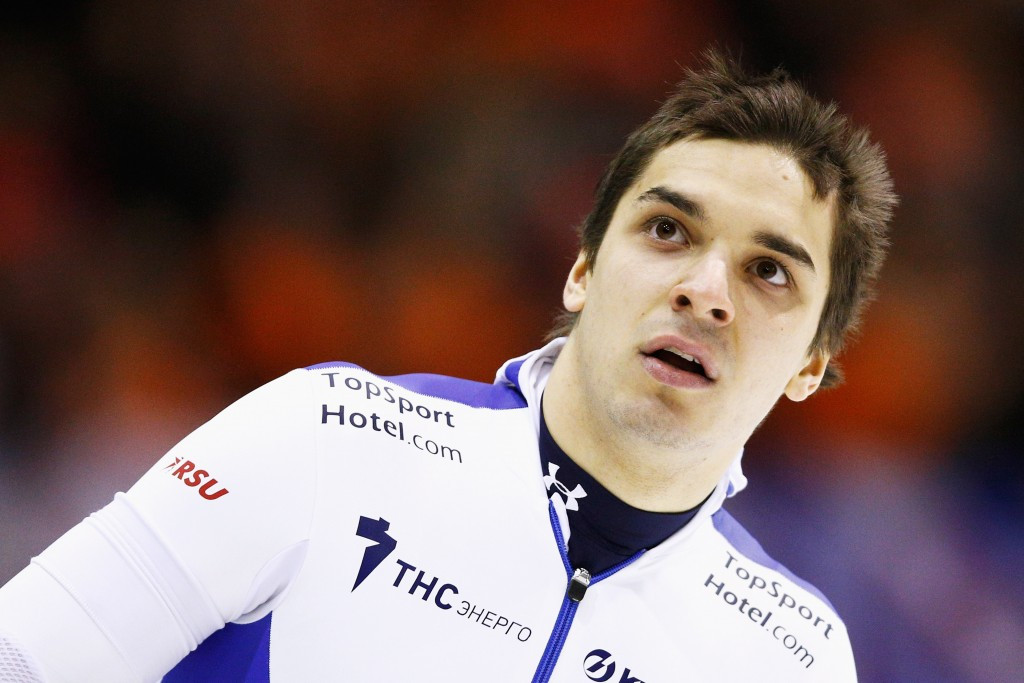 Pavel Kulizhnikov has finished top of the International Skating Union (ISU) Speed Skating World Cup 500 metres standings despite missing the climax of the season due to a failed drugs test.

The 21-year-old Russian is not present for the World Cup final in Heerenveen this weekend after being among a spate of athletes to test positive for banned heart attack drug meldonium.

He has won seven out of the eight races he has contested over 500m this season and was not overhauled in the rankings at the Dutch venue, as compatriot Ruslan Murashov won the second of two races over the distance today.

Both Kulizhnikov and Murashov finished on 705 points but under ISU rules the former would get the nod due to a greater number of race victories this season.

However, after a second drug test failure of his career the triple World Single Distances Championships gold medallist could be set for a ban and the forfeiture of results.

Murashov, who also won the opening 500m competition in Heerenveen on Friday (March 11), recorded 34.96 sec to win today ahead of home skater Ronald Mulder, with the Dutchman timed at 35.05.

Third place on the day went to Gilmore Junio of Canada who stopped the clocks on 35.12.

The Canadian also finished third overall in the 500m rankings, with 637 points, but could yet be upgraded to silver.

With the season now over, Dutchman Kjeld Nuis has been confirmed as the men's overall champion on 1076 points, with Belgium's Bart Swings second on 1014.

Kulizhnikov is listed in third place on 830.

In the men's 1500m, Russia's Denis Yuskov was victorious today and also tops the overall standings in the distance.

Swings rounded off the podium after finishing in 1:45.65.

The US skater, who won the overall 1500m crown yesterday, has also clinched the 1000m title after a fine season for the 28-year-old.

Bowe finishes the season on 1660 points with rival Richardson-Bergsma second on 1389.

In the 1000m standings, Bowe's 710 saw her comfortably beat Richardson-Bergsma, who ended on 508, and Dutch skater Marrit Leenstra who finishes on 465.

The action in Heerenveen concluded with men's and women's mass start races, with Swings taking the men's race victory on the day in a time of 8:06.55.

That wasn't enough to win the overall title as third-placed Dutchman Arjan Stroetinga did enough on home ice.

Stroetinga's 404 points pipped Swings who finished on 380 in the overall race, with Francolini third on 378.

The women's mass start victory today went to Dutch skater Irene Schouten who also wrapped up the overall title in the discipline.

Overall, Schouten finished on 466 points to beat Blondin, who ends on 420.

Third place went to Japan's Misaki Oshigiri with a tally of 271.