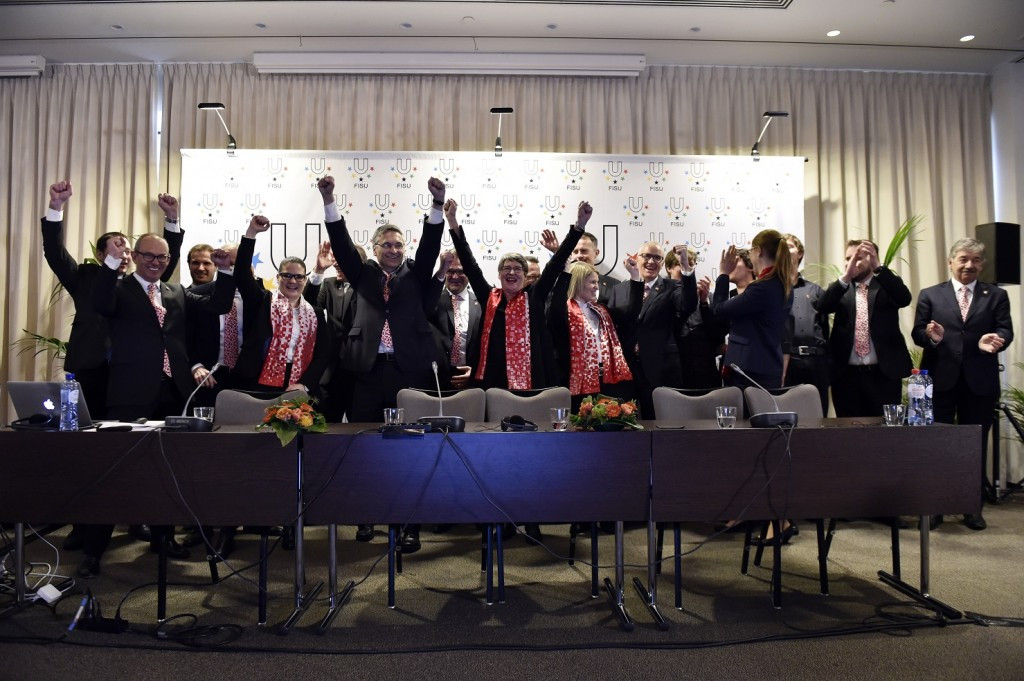 International University Sports Federation (FISU) President Oleg Matytsin believes the 2021 Winter Universiade in Lucerne will be like a “home game” for the organisation.

FISU named the Swiss city – which was the only bidder – as hosts for five years’ time at an Executive Committee meeting in Brussels on Saturday (March 5).

Switzerland last hosted the Winter Universiade in Villars in 1962 and with no rivals, Lucerne’s election was a mere formality.

“I am delighted that the 30th edition of the FISU Winter Universiade is going to be in Lucerne,” said Matytsin.

“Hosting our Games in Switzerland is a bit like playing a home game, as we have our headquarters in Lausanne.

“Lucerne’s bid is very appealing as it focuses on sustainability, tradition and capitalising on the operational excellence of the Swiss sports industry.

“It is also very pleasing to see that the whole region of central Switzerland will be involved, spreading the Games and promoting the university spirit to a wider audience.

“There is a lot of truth in Lucerne’s slogan ‘Welcome Home’”.

The budget for Lucerne is reportedly CHF33.5 million (£23 million/$32.7 million/€30.2 million) with venues including the Swissporarena stadium, which will host the opening ceremony.

It is hoped the event will enhance the city’s reputation as a centre for education and culture.

Franz Graf, Cantonal Councillor of Lucerne and President of the Bidding Committee, said: “Central Switzerland is the cradle of the Swiss Confederation.

“Thanks to its mountainous landscape, it is also one of the cradles of winter tourism and winter sports.

"This is why we are presenting our bid with the motto ‘Welcome Home'".

FISU general secretary Eric Saintrond added: "I am pleased the Winter Universiade will return to Switzerland.

"Let’s not forget that Switzerland hosted the second Winter Universiade in Villars in 1962, that’s a long time ago.

"FISU is confident these Games will be very well organised as the Swiss are experts in winter sports and the venues already exist."