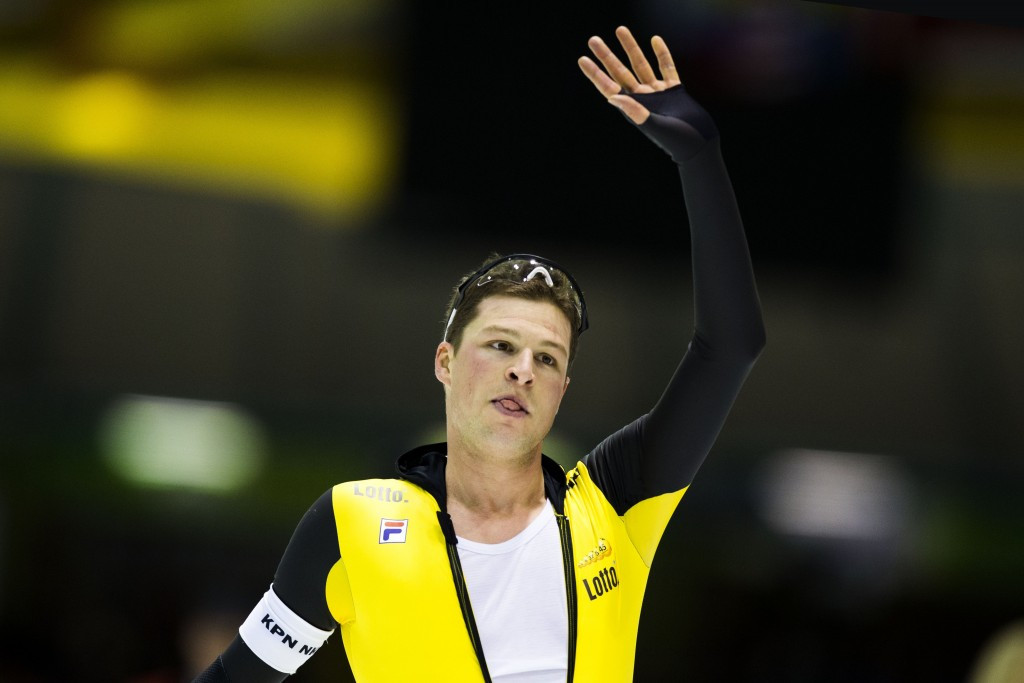 Sven Kramer's quest for an eighth International Skating Union (ISU) World Allround Championship title remains on course as he leads the men's standings at the halfway stage in Berlin.

That followed a ninth place finish in the 500m to give him a leading tally of 73.953 points.

His closest challenger is compatriot Jan Blokhuijsen who was sixth over 500m and third in the 5,000m, with Sverre Lunde Pedersen - 12th in the 500m and second in the 5,000m, in third place for Norway.

Russia's Denis Yuskov, the silver medallist from last year in Calgary, won the 500m in 35.84 ahead of Håvard Bøkko of Norway who was timed at 36.18 and third placed Pole Konrad Niedzwiedzki who was 0.40 off the pace.

Yuskov, however, failed to start the 5,000m and is 24th and last in the overall standings.

Kramer, the defending champion, now faces 1,500m and 10,000m events tomorrow as he aims to win the competition again.

In the women's event, Czech skater Martina Sábliková is the leader at the halfway stage after her victory over 3,000m added to a seventh placed finish in the 500m.

That gave the defending champion and three-times winner 79.305 points and puts her ahead of second-placed Ireen Wüst of The Netherlands, who was fourth in the 500m and second in the 3,000m.

Antoinette de Jong, another Dutch skater, was third in the 3,000m and is third overall after a fifth place finish in the 500m.

The 500m race was dominated by Japan, with Miho Takagi leading a sweep of the podium with a time of 38.93.

Winner Takagi was tenth and is fifth on the leaderboard.