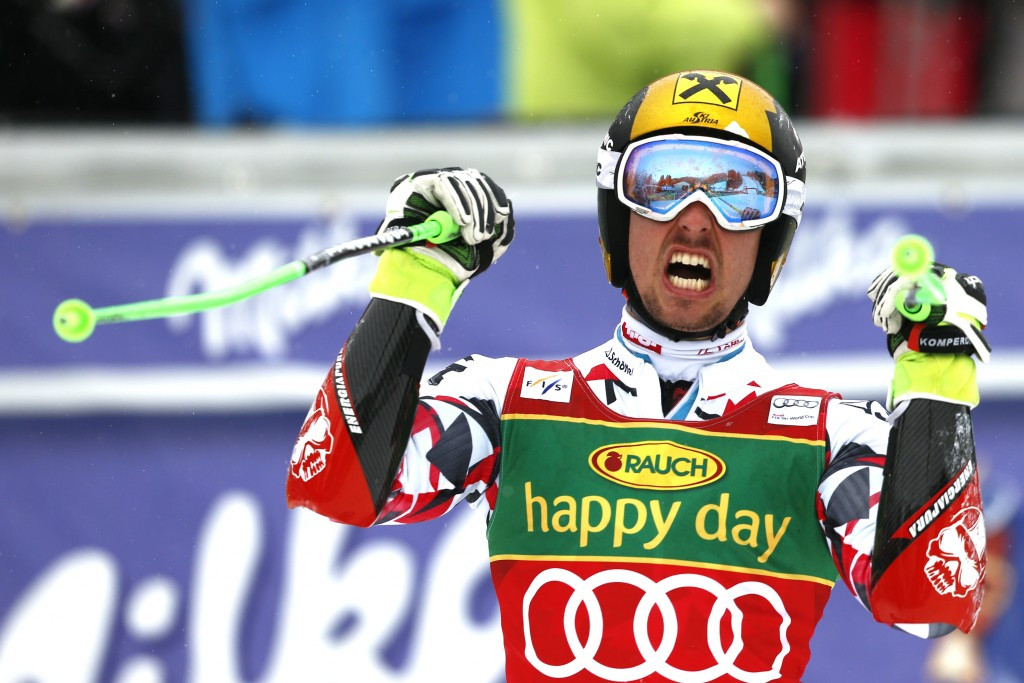 The Austrian's win also all but assured the 27-year-old a fifth consecutive overall World Cup title, with only a highly unlikely sequence of events being able to stop him now.

His lead in the overall standings is 333 points over Norway's Henrik Kristoffersen, who only races in the technical slalom and giant slalom events and can therefore only gain a maximum of 300 points from the three remaining races this season.

The 21-year-old Olympic slalom bronze medallist could mathematically catch Hirscher if he opts to compete in the speed races - downhills and super-Gs - but he has never done this before.

Hirscher's victory today came in a combined time of 2 min 12.58 sec after he was quickest in both of his runs.

France's Alexis Pinturault, who was chasing a fifth consecutive giant slalom World Cup win, was second, 0.53 off the pace, with Kristoffersen third, 1.59 behind.

This was Hirscher's seventh win of the season and his 17th podium, and he has now won nine World Cup globes.

"I still can't believe it," he said afterwards.

"Everyone is talking about it but I only believe it after I've checked all calculations."

In the giant slalom standings, Hirscher's 721 points means second placed Pinturault, who has 610, can no longer catch him with one race left in St Moritz.

Elsewhere, there was frustration for the women as their World Cup giant slalom in Jasná, Slovakia, was called off due to strong winds.

The race has been rescheduled for Monday (March 7).

A slalom race is due at the venue tomorrow while the men will continue with the same discipline in Kranjska Gora.

The men's ski jumping World Cup in Wisla, Poland, was also cancelled due to high winds.