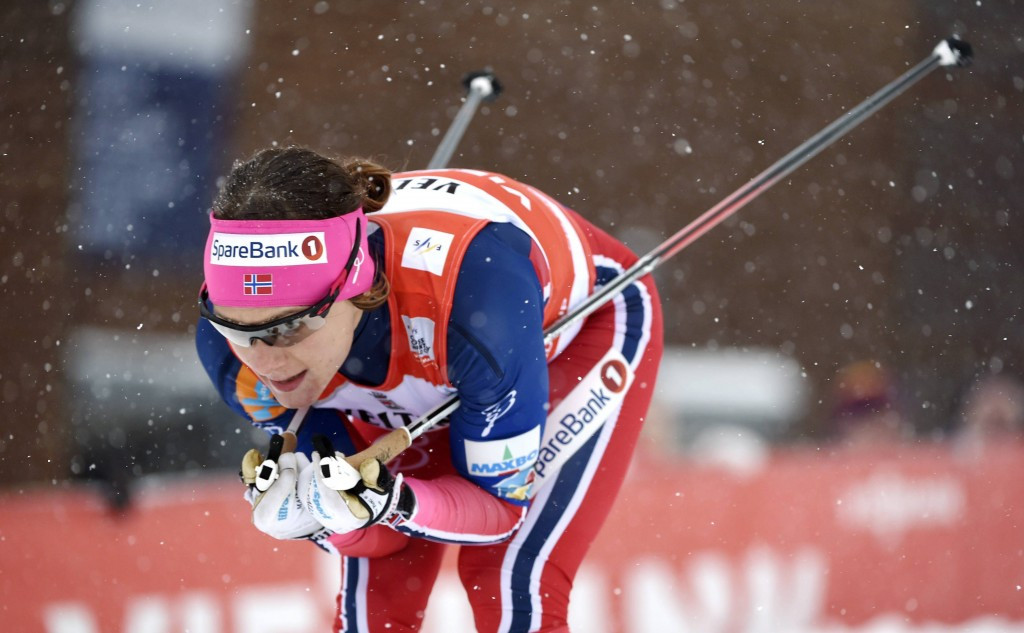 Falla had triumphed in the last four free technique sprints heading into the 1.5 kilometre event in Quebec City and she booked her place in the final by cruising to wins in her quarter and semi-final races.

The Norwegian was then unable to continue her superb winning run, after Sweden’s Stina Nilsson finished 0.11 seconds clear of her rival by posting a time of 3min 37.15sec.

Heidi Weng completed the podium positions in 3:37.71 to move into the overall race lead at Ski Tour Canada, with the Norwegian boasting an 11.8 second advantage over her compatriot Therese Johaug ahead of tomorrow’s pursuit event.

In the overall World Cup sprint standings, Falla moved onto a total of 676 points after her second place finish, with fellow Norwegian Ingvild Flugstad Østberg now unable to catch her as she lies 73 points adrift.

“I think I had a good strategy in the final but Stina was very strong,” said Falla after her second place.

“When she got a gap it was very hard to close it, but to win the crystal globe is amazing.

“I want to keep up the good work and train even harder, Olympic Winter Games in 2018 is the biggest goal.”

In the men’s competition, France's Baptiste Gros was able to secure a World Cup win for the first time in his career after crossing the line in a time of 3:36.26, at the end of the 1.7km event.

He lead home Canada’s Alex Harvey and Russia’s Sergey Ustiugov, who claimed the remaining podium positions by ending 0.55 and 0.79 behind the winner respectively.

Despite being eliminated at the quarter-finals stage, Pellegrino could celebrate taking the World Cup sprint title as he now boasts an unassailable 61 point lead over Northug heading into the final sprint event on March 8.

The eight stage Ski Tour Canada is due to continue tomorrow.