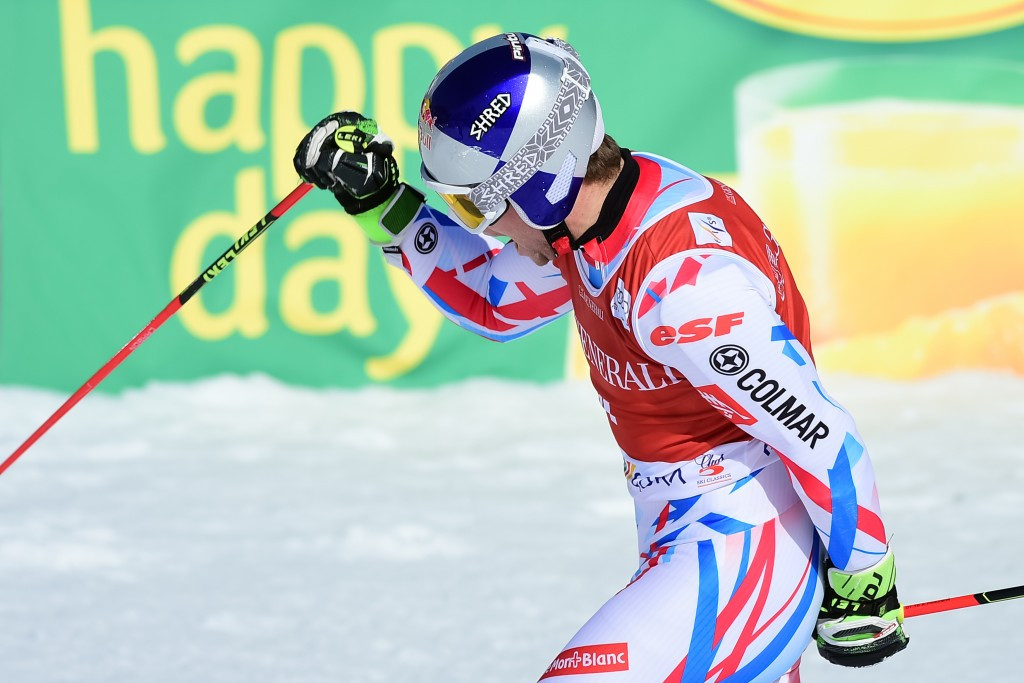 Twenty-four-year-old Pinturault, the Sochi 2014 Olympic bronze medallist in the discipline, won the giant slalom at Yuzawa Naeba in Japan on February 13 and was the victor in both races in Hinterstoder in Austria last time out.

His combined time of 1 min 52.18 sec was too good for the field again at the Slovenian resort, with his first run time of 54.52 the quickest descent of the day.

The start of the race, which replaced the giant slalom cancelled in Garmisch-Partenkirchen in Germany on January 31 due to the weather, had to be lowered but conditions remained safe and fair.

Philipp Schoerghofer of Austria came second, 0.47 adrift, with his compatriot Hirscher third with a time of 1:52.87.

This was Hirscher's 16th podium finish of the season and his seventh out of the eight giant slalom races.

He now has 1425 points on top of the overall leaderboard, ahead of Norway's Henrik Kristoffersen who boasts 1132 and was fourth today.

He also leads the giant slalom standings on 621 points, with Pinturault second on 530, although he was only seventh after his first run today before he made up the time with the quickest descent of 57.53 in round two.

"I feel great, for sure,“ said Pinturault, ahead of tomorrow's second giant slalom race at Kranjska Gora.

"You know, after a victory, it is always something special.

"It is a special moment.

"It was a great, tough race today.

"We'll see, because it's going to be not the same as today.

"Expecting rain, so that's going to be really hard mentally."